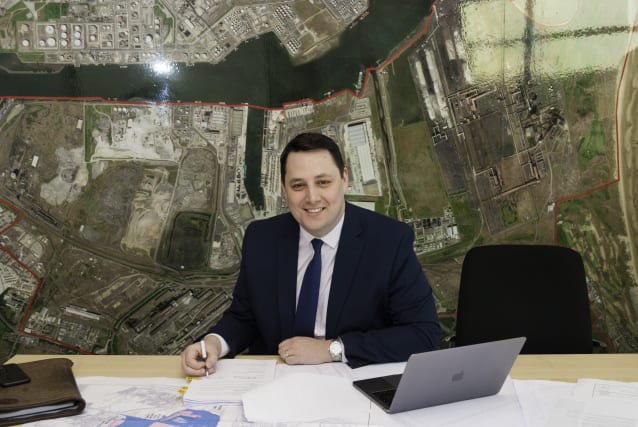 A political row has broken out after a scandal-hit police force’s director of standards and ethics was suspended.

Tory Tees Valley mayor Ben Houchen has written to the Labour Police and Crime Commissioner (PCC) of Cleveland Police, Barry Coppinger, blaming him for a “failure of leadership” at the force.

Meanwhile, Middlesbrough’s Labour MP Andy McDonald accused Mr Houchen and Tory MPs who co-signed the letter, of “playing political games” by asking for information they knew could not be released while an investigation was ongoing.

Cleveland Police did not name the suspended employee but the politicians’ correspondence identified her as the director of standards and ethics – Cristiana Emsley – a civilian who was recruited after the force disbanded its professional standards department.

Mr Houchen’s letter to the PCC said: “No organisation is perfect but the frequency with which major scandals have rocked Cleveland Police under your tenure points towards a failure of leadership.”

The mayor praised Chief Constable Richard Lewis for the progress he has made in the role since he was appointed in April 2019 – the force’s sixth chief since 2012.

But he asked the PCC for more details about what had happened to lead to Ms Emsley to be suspended.

In reply, Mr Coppinger accused the mayor and the Tory MPs of hypocrisy in claiming to support the force while, he said, “causing what I’m certain will be even greater stress and anxiety for a now suspended member of staff, who is entitled to due process”.

Mr Coppinger said suspending a member of staff was a decision for the Chief Constable, not the PCC.

Meanwhile, Mr McDonald said he will be in regular contact with the chief about the inquiry.

The Labour MP said: “Within the bounds of due process, I will be seeking assurances from him that all necessary and corrective steps have been taken to ensure that the high standards of professional conduct that the public are entitled to expect, are being upheld.

“I note the demands from certain local politicians and Tory MPs.

“I wouldn’t have expected anything less.

“They are playing political games demanding information that they know full well cannot be released whilst formal processes are underway.”

A Cleveland Police spokesperson said: “We can confirm that on June 26 2020 a senior member of police staff was suspended.

“Suspension is a neutral act.

“As a misconduct investigation is ongoing, and in line with national guidance, it would not be appropriate to say more at this time.”