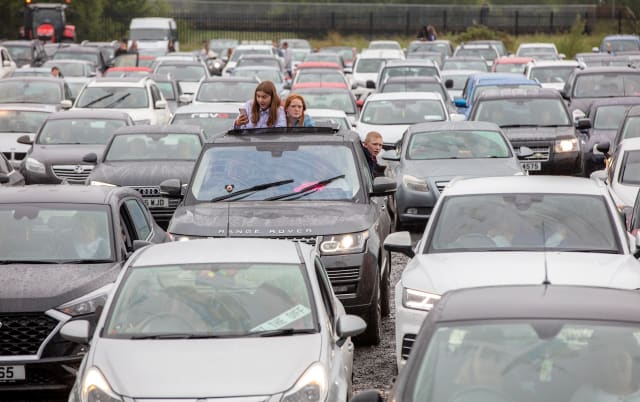 The socially distanced gathering at Ballymena Showgrounds in Co Antrim drew around 400 vehicles on Friday evening.

The first show sold out in less than half an hour, and a second is planned for Saturday evening.

It was supported by Mid and East Antrim Borough Council.

Country fans were able to listen with their left windows down, sunroof open or even through the car radio.

The event was staged in compliance with Stormont Covid-19 restrictions which limit the size of outdoor gatherings to reduce the spread of the disease.

The live music industry has been devastated by the lockdown.

They have written a letter to the Department for Communities in Belfast.

Stormont ministers have not yet said when live performances can resume.

Due to the restrictions, many will not schedule DJs or live music for some time.