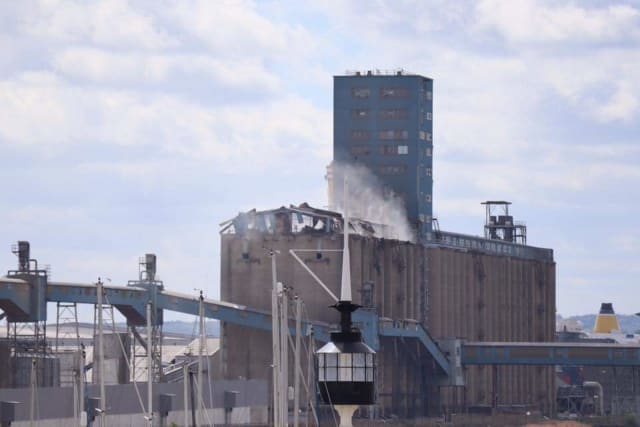 A huge explosion has caused a grain terminal’s roof to collapse at Tilbury Docks in Essex.

Nearby residents described houses being shaken by the blast, which took place just before 10am on Friday.

Images posted to social media showed the roof of the large industrial building partially caved inwards. No injuries have been reported.

Aislinn Ladd, 42, who lives along the Thames in Grays, told the PA news agency she was “feeding the baby and suddenly it was huge noise, house shook, windows vibrated.”

“I’ve never experienced anything like it, scared the hell out of me,” she said.

“There have been no injuries reported and the emergency services are in attendance.”

Essex Fire and Rescue Service said it was called to the incident at 9.55am.