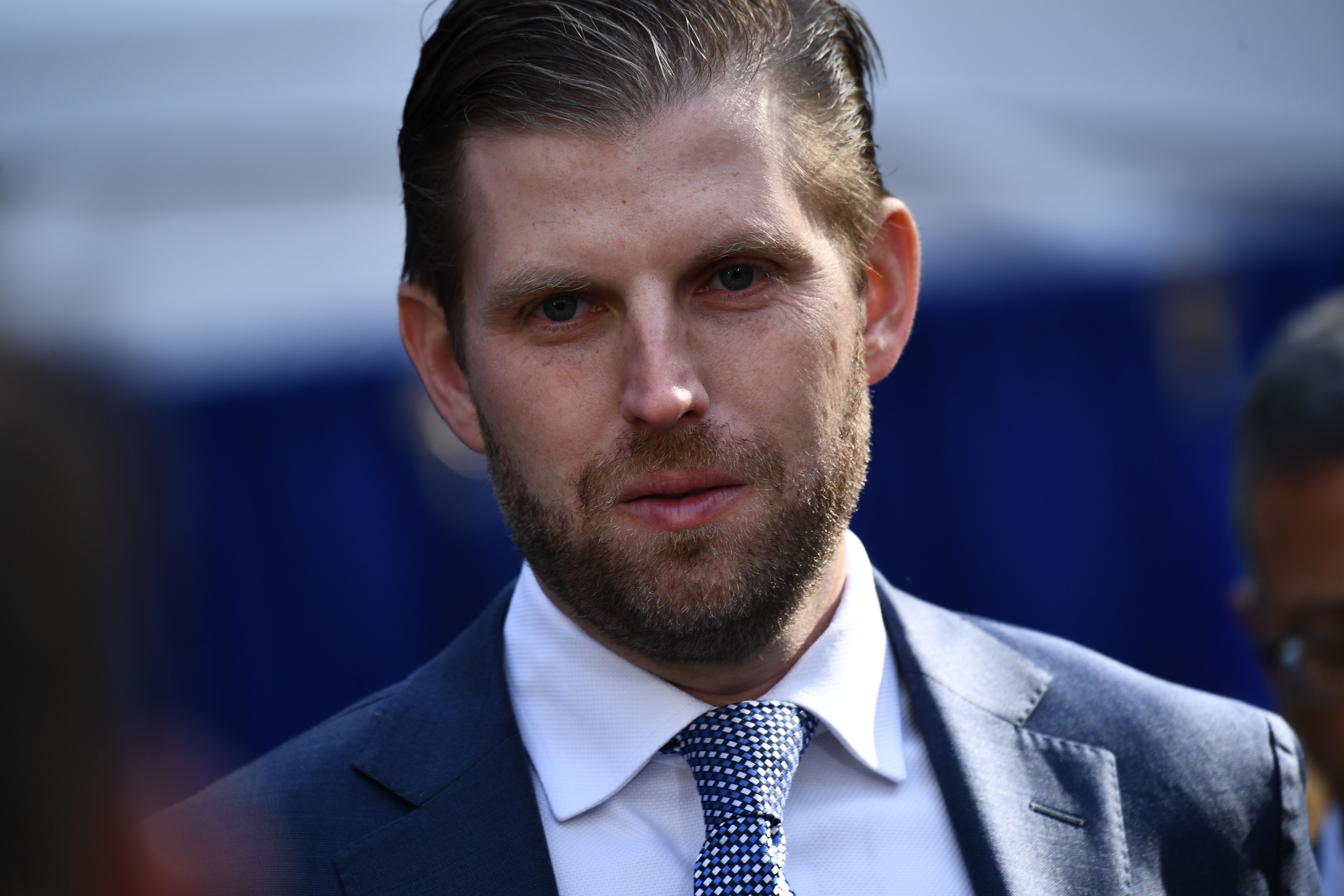 Eric Trump's latest attempt at Twitter trolling went so poorly that he had to delete the message.

Trump, a son of President Donald Trump, shared an image of former President Bill Clinton at the 2010 wedding of his daughter, Chelsea. Circled in the background was Ghislaine Maxwell, the longtime associate of late pedophile sex offender Jeffrey Epstein. She was arrested Thursday.

"Birds of a feather," Trump wrote as he shared the image.

Just one problem: President Trump has also been seen with Maxwell on numerous occasions, and Twitter users weren't shy about sharing images of those events, causing Eric Trump's name to trend on Twitter.

He deleted the tweet without explaining why ― but it likely had something to do with the response:

Eric Trump, who tweeted earlier about Bill Clinton and Ghislaine Maxwell, was literally himself on his dad’s private jet with her. FFS. You cannot make this stuff up. https://t.co/dz7jo9H002

So Eric Trump posted a picture of Ghislaine Maxwell at Chelsea Clinton’s wedding, forgetting that there are like a billion pictures of Ghislaine with his dad?

This is a great example of why I think so little of Eric Trump (and the other one). https://t.co/vuq41FQtPQ

Dumber than driftwood you are, truly. https://t.co/pQgNyQoZ0Vpic.twitter.com/1aUOccb5xu

lol @EricTrump deleted this after getting 12K replies reminding him that his dad and Epstein were BFFs. pic.twitter.com/6RAuCVKZj4

Hey @EricTrump, you dropped this

Must have found all the photos of her with your dad, huh? pic.twitter.com/nkGj8zdw51

it's like it's eric's first day on earth. pic.twitter.com/W8ZVFZj3oz

Hey @EricTrump, I made this for you! https://t.co/RG9ds7LnI1pic.twitter.com/lg3tSNaxMl