Cruise firms prepare for return to life on the ocean wave 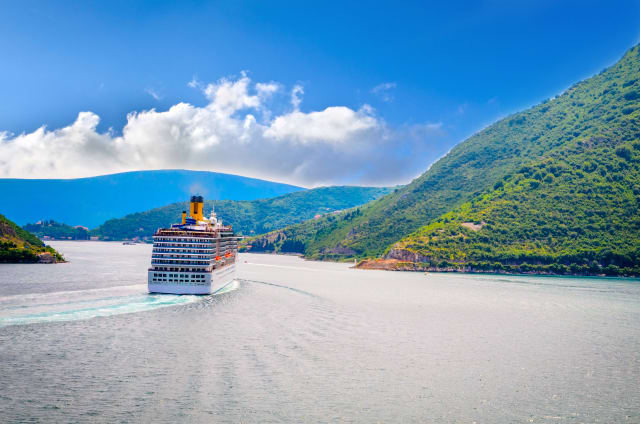 The cruise industry is planning a phased return to sailings after being one of the sectors worst-hit by the coronavirus crisis.

The industry generates £10 billion for the UK economy every year, and supports more than 40,000 direct jobs and tens of thousands of others in the supply chain and around ports.

Cruises were halted around the world earlier this year, shattering the holiday plans of hundreds of thousands of people, and causing huge economic damage to ports, including dozens in the UK.

Andy Harmer, director of the Cruise Lines International Association, said the industry has since been working to ensure a safe return to business, from the time passengers leave their homes, to when they are on board a vessel.

He told the PA news agency he hopes that cruises will re-start later in the year, possibly as early as September.

“A phased return is the right approach, and only when the time is right,” he said. “There have been additional health and safety measures in place on cruises for a number of years, including sanitation, health facilities on board and health questionnaires.”

New guidance is being published by European authorities which should mark another step forward for the resumption of cruises.

Mr Harmer highlighted the economic impact of cruises on the 50 ports around the UK which have facilities for cruise ships.

The Highlands and Islands, where one in 10 Scottish cruises start, stand to lose more than £28 million alone.

In Northern Ireland, Belfast was due to receive 129 cruise ships in 2020, bringing an estimated 310,000 visitors and generating £110,000 per cruise, according to Maritime UK figures.

A fifth of the 435,000 people employed in businesses supported by the industry across Europe are based in the UK.

As well as cruise line employees – both on board and shoreside – the industry supports an extensive supply chain, including travel agencies, airlines, hotels, local transport operators, and port agents.

Last year was a record one for the UK industry, with two million people taking a cruise, a trend which had been expected to continue in 2020 before the pandemic struck.

The first cruises could be ones which take holidaymakers around the UK coast, but the industry hopes it will be the start of a return to normal business.