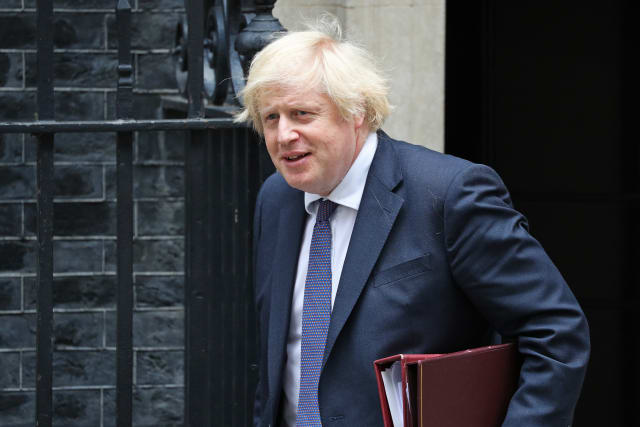 Boris Johnson has urged the public not to “blow” the progress made in tackling coronavirus when lockdown restrictions are eased this weekend.

The Prime Minister said he hoped the reopening of pubs, restaurants and hairdressers in England on Saturday would allow people to enjoy themselves, but in a “safe way”.

It comes as the Government announced that quarantine restrictions for people returning to or visiting England from destinations such as Spain, France, Italy and Germany will be lifted from July 10.

But the US and Greece will be excluded from a list of around 60 countries and overseas territories that English holidaymakers can visit without needing to self-isolate on their return.

Mr Johnson said the Government was making “progress” in reducing the incidence of Covid-19 in England, but faced questions on why pubs were being opened on a Saturday, which typically sees a higher rate of alcohol-related issues for police and the NHS.

In an interview with LBC Radio, the PM was asked whether he only “hoped” it would be safe. He said: “It’s not on hope, it’s based on a clear understanding of the statistical risks that we now face as a country.

“We’ve progressed thanks to the efforts of the British people from an incidence of the disease at about one in 400 a few weeks ago to maybe one in 2,200 today.

“You’re appreciably less likely now to be in close proximity to someone who has it than you were even a couple of weeks ago.

“We’re making progress, we aimed for July the 4th, we wanted to set ourselves a target, we think we’re in good shape but my message is let’s not blow it.”

– Mr Johnson said gyms would be able to reopen in a “couple of weeks”, and vowed to try to get theatres going “as fast as we possibly can”.

– The Prime Minister urged people to wear face coverings when in confined spaces with people they do not normally see, revealing he has one with a Florence Nightingale pattern.

– The Office for National Statistics said almost 20,000 care home residents have died with coronavirus up to June 12.

Mr Johnson said there had been “far too many lives lost in care homes” and that the Government would “go over and look at” whether an earlier lockdown could have prevented some deaths.

“What we certainly wanted to do to was to ensure we had the space in the NHS, that’s absolutely right, but what I’m told is every decision to move people out of the beds in the NHS was taken on a clinical basis and not in any way intended to endanger the care homes,” he said.

“Whether an earlier lockdown would have made the crucial difference is something that really we will have to go over and look at.”

Earlier on Friday, Transport Secretary Grant Shapps said around 60 countries and overseas territories are on the Government’s initial list for lifting quarantine restrictions, with details to be published later.

It includes New Zealand, the Falkland Islands and Gibraltar, but the US is not included as “they have got very high numbers of infections”, while Greece does not feature as it has banned flights from the UK until July 15.

Ministers failed to guarantee reciprocal arrangements with all the included destinations, meaning some – such as New Zealand – will continue to order English holidaymakers to go into quarantine at the beginning of their trip.