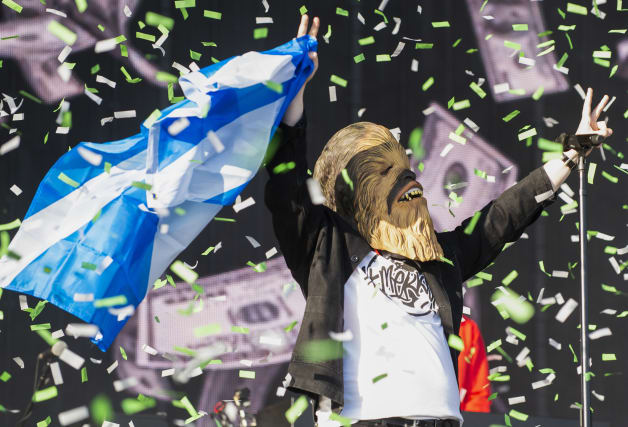 The boss of one of Scotland’s major music festivals has warned concerts will not be able to go ahead even if social distancing is halved to one metre.

Geoff Ellis said the SSE Hydro in Glasgow would only be able to open at 30% of its capacity with social distancing in place, and he suggested many small venues could go under.

The 2020 event – which was due to take place on Glasgow Green from July 10-12 – has been cancelled but many of the acts on the bill have already rebooked to appear in 2021 instead.

Mr Ellis said: “If you go to a show at the SSE Hydro, you pay money for your ticket to see a fantastic show with lots of dancers, lights and effects, big screens.

“With one-metre social distancing none of that can happen because you’d have 30% of the audience spread over the whole venue, but there’d be no money to put on the show.

“Approximately 85% of the revenue from a concert goes towards putting that concert on – be it stewards, medical staff, the bands on the stage, the dancers on a Kylie Minogue show etc.

“Certainly on the venue front, many are saying that they will go under, particularly the small venues which are the lifeblood of the industry.

“That’s where the Lewis Capaldis, the Paolo Nutinis, the Biffy Clyros all cut their teeth at venues like King Tut’s and the equivalent kind of venues throughout the UK.

“There’s one option that we’ve been presenting which is a full capacity plan which Festival Republic has come up with, which ties in access to tickets to testing for Covid-19.

“We got a good hearing from the Cabinet Secretary Fiona Hyslop about that but obviously there needs to be a lot of work done on that and a lot of involvement of them and the scientific kind of brains.

“But that is one potential opportunity that might encourage people to get tested and that might open up sports and music to fans.”

His comments come after artists including Ed Sheeran, The Rolling Stones and Sir Paul McCartney were among 1,500 others to call for urgent Government action to support the music industry.

An open letter addressed to UK Culture Secretary Oliver Dowden says the sector is at imminent risk of suffering “mass insolvencies”, with concerts and festivals unlikely to return until 2021 at the earliest.

Mr Ellis added: “There’s a huge number of self-employed people because of the nature of the touring business.

“These people are really suffering at the moment but we can’t see when we can do concerts again and we all think it could well be 2021 before we’re able to say anything on a significant scale.

“That’s why we’re asking the UK Government and Scottish Government for a clear, conditional timeline to be opening venues without social distancing, a comprehensive business and employment support package and access to finance, and we’re also asking for full VAT exemption on ticket sales.

“Now some of these things are not the gift of Scottish Government to give because they’re not devolved powers.

“But you know we’re pushing the Scottish Government to make representation to Westminster where they can’t answer, and to support the industry where they’re able to in Scotland as well.”