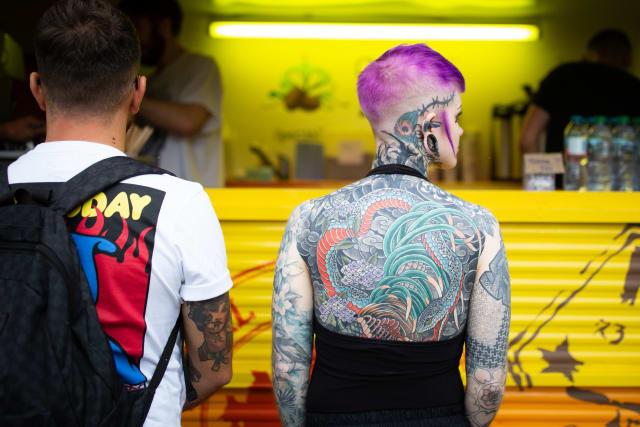 Tattoo artists have been left in a desperate position by the impact of the Covid-19 crisis, with many going out of business or losing their homes, a union is warning.

The GMB claimed that some workers in the sector had taken their own lives since the pandemic broke out.

The union pointed out that tattoo studios will remain closed when many businesses, such as pubs, restaurants and hair salons, will reopen from Saturday.

The GMB has written to the Government asking why hairdressers and barbers will be allowed to open while tattoo and piercing workers are “left in limbo”.

GMB official Richard Stevens said: “It’s no exaggeration to say the situation in the tattoo industry is desperate. I’ve heard several cases of financial hardship leading to people losing their business, their homes and even two suicides, as well as other mental health problems.

“The industry of tattooing and piercing has had a long history of providing employment for people who have struggled to be happy in mainstream life.

“It’s vitally important they are not thrown on the scrap heap as a result of this pandemic.

“The industry is approaching breaking point. Without quick, decisive Government intervention parlours will be driven underground, leaving very little control of the inking and piercing environment.”