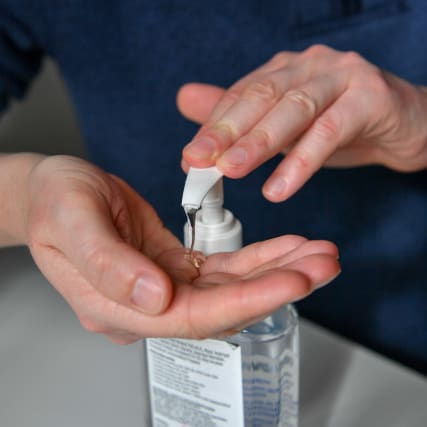 More than a third of shoppers have been forced to pay sky-high prices for essential hygiene and medical products as unscrupulous sellers have looked to cash in on the Covid-19 crisis, according to a report.

Consumer group Which? said analysis of almost 1,500 reports sent to its price-gouging tool showed 36% of people said they have paid unfair prices for goods such as hand sanitiser and face masks over the past two months.

It found that in some cases medical-grade masks were being sold for nearly 20 times the usual price.

Nearly half – 47% – of the overall tool reports were for essential hygiene or medical products, according to the research.

Which? said issues of inflated prices had been reported with sellers both online and in store, with three-quarters of reports relating to online sales – either on marketplaces or through online shops – and 25% seen in store.

Tech giants Amazon and eBay accounted for the majority of the reported listings, it said.

In one report, it found Dettol handwash being sold via Amazon, unknown to the brand, for £14.99 rather than £1.49 and a packet of paracetamol on sale in a local store for more than seven times the usual price.

Another case saw an N95 face mask being sold online for £28.99 – nearly 20 times the usual price, while a Silverline-branded moulded face mask, which usually costs around 80p, was being sold for £6.99 in a pharmacy before lockdown began.

The group found that the average percentage price difference for hygiene products such as hand sanitiser and disinfectant was 414% – five times the usual price.

For the 133 reports of price-gouging on personal protective equipment (PPE), such as face masks and gloves, the average mark-up was 478%.

One person who resorted to buying a case of hand sanitiser at an inflated price told Which?: “I am furious that after buying hand sanitiser for £64.99 in late March, more recently the price has magically fallen by £40.

“I am a non-medical frontline worker and, as a self-employed lawyer, I am reliant on hand sanitiser to keep myself and others safe.”

Which? has shared its findings with the Competition and Markets Authority (CMA), which is investigating price-gouging on certain products amid the pandemic.

Sue Davies, head of consumer protection at Which?, said: “Our tool reports show that price hikes on essential items have too often been excessive and people consider them to be unfair and exploitative.”

She added: “It’s good the CMA is now attempting to take action to investigate some instances of price-gouging using competition law.

“However, the Government should be helping the regulator by giving it more targeted powers to take swifter action to stamp out price-gouging, and ensure the price of essential items stays at reasonable levels during a crisis when people need them most.”

UK adds France to quarantine list: Here’s what it means for holidaymakers