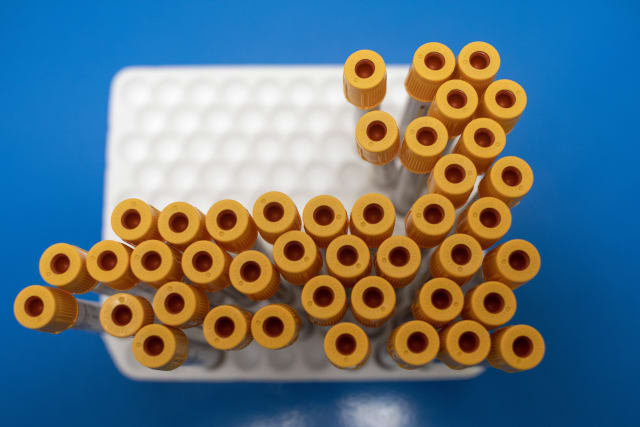 Around three-quarters of people who have taken a home test for Covid-19 have waited longer than 48 hours for the result, new figures show.

Data since the start of the NHS Test and Trace programme began in England shows that 74% of people taking a home test waited more than 48 hours for a result, of which 21% waited more than 72 hours.

Scientists advising the Government have said all test results should come back within 24 hours to make NHS Test and Trace effective at tracing contacts of infected people.

Daily figures for testing show that 100,243 of all 226,398 tests undertaken were kits sent to people’s homes – almost half of the total number.

The new data released for the NHS Test and Trace programme also shows that for tests taken at regional test sites, which includes drive-through and walk-through testing centres, 36% of people across the four-week period received results within 24 hours.

For tests taken at mobile testing units – which test essential workers at sites including care homes, police stations and prisons – 18% of people across the four-week period of Test and Trace received their results within 24 hours of taking a test.

The data also includes figures for test kits provided directly to “satellite” test centres at places like hospitals or care homes that have a particularly urgent or significant need.

For tests taken at these locations, 12% of people across the four-week period of Test and Trace received their results within 24 hours. The figure for week four specifically is 22% – up from 6% in week one.

Prime Minister Boris Johnson has pledged to “get all tests turned around within 24 hours by the end of June except for difficulties with postal tests or insuperable problems like that”.

It said more than 90% of NHS labs have an average test turnaround time of under 24 hours.

Until now, home testing kits have been collected from people’s homes by courier. But the NHS is now saying people should use Royal Mail postboxes, arguing it is faster.

Officials said, however, it was not likely that most postal tests would be turned around within 24 hours and people should be urged to go to a drive-through or similar site for their test.

Thursday’s data also showed that 27,125 people who tested positive for Covid-19 had their case transferred to the NHS Test and Trace contact tracing system during the first four weeks of its operation.

Of this total, 20,039 people (74%) were reached and asked to provide details of recent contacts, while 6,245 people (23%) were not able to be contacted despite giving their details.

A further 841 people (3%) could not be reached because their communication details had not been provided.

During the first four weeks of Test and Trace, 132,525 people who had been identified as recent close contacts of people who had tested positive for Covid-19 were reached through the tracing system and asked to self-isolate.

The remaining 20,917 people (14%) were identified as close contacts, but were not reached.

Some of these people could not be reached because no communication details had been provided for them.

Executive chairwoman of NHS Test and Trace, Dido Harding, said: “We have seen significant improvements in the time it takes to process test results, an important step to rapidly reach the contacts of those testing positive and ask them to self-isolate to prevent them spreading the virus further. I am very grateful to all those who have played their part and responded so well to the service.”