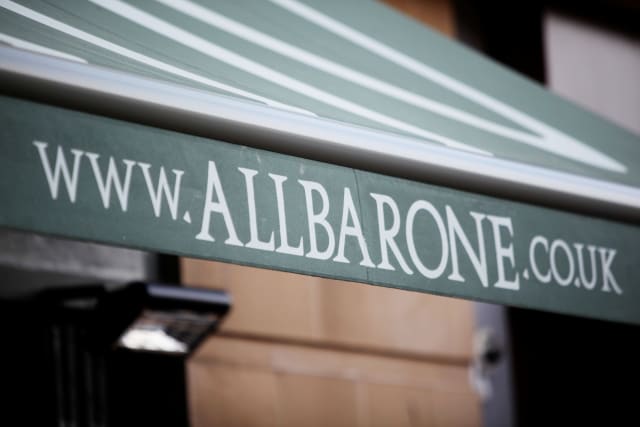 All Bar One owner Mitchells & Butlers has revealed it swung to a £121 million half-year loss due to the lockdown and warned that the eating-out market may suffer as customers remain cautious after reopening.

The group – which has more than 1,700 pubs and brands including Harvester and Toby Carvery – tumbled into the red for the six months to April 11 after reporting profits of £75 million a year earlier.

It said revenues dropped to £1.04 billion from £1.2 billion a year earlier, with the first half including nearly four weeks of enforced lockdown closure.

The group booked £159 million in charges, which it said were mostly as a direct result of the Covid-19 crisis.

Mitchells plans to reopen its brands in England from July 4 when lockdown restrictions ease for the sector, though some sites will remain closed initially.

It said sites in Wales and Scotland will follow over the next two weeks.

But it warned of the risk that customers may “have a different mindset to eating out, with health and safety at the forefront of priorities”.

“Equally, some consumers may not heed the measures put in place to restrict the spread of the virus, potentially putting our team members and other guests at risk,” it added.

The group said that before the UK was placed in lockdown on March 24, the business was performing “very well”, with like-for-like sales up 0.9%.

Comparable sales lifted 2.6% in the first 14 weeks of the first half.

Mitchells chief executive Phil Urban said: “The business was performing very well before the enforced closure in response to Covid-19, building on the strengths of our estate of mainly freehold properties, our diversified and well-loved brands and our team’s industry-leading operational skills.

“These assets, coupled with our early experience of reopening in Germany, give us a clear plan for reopening.”

Mitchells reopened its Alex business in Germany through mid to late May, which has given it a blueprint for opening in the UK.

It said in Germany, city centre sites have been the slowest to recover, but that some suburban businesses have seen days of year-on-year growth.