Ghislaine Maxwell: Socialite who counted rich and royalty as friends 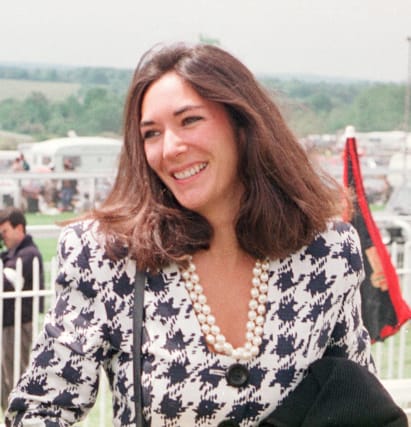 Ghislaine Maxwell was the smiling, charming socialite who dated sex offender Jeffrey Epstein when he was a friend to some of America’s most prominent figures.

The daughter of disgraced media tycoon Robert Maxwell relocated to the US from the UK following her father’s death and was soon a firm fixture on the Manhattan social scene.

Mr Maxwell was found drowned after apparently falling from his yacht – called Lady Ghislaine – off the Tenerife coast in November 1991.

His sons Ian and Kevin Maxwell, who were on the board of Maxwell Communication Corporation, were investigated after their father’s death over an alleged conspiracy to defraud the company’s pension fund.

Maxwell began dating Epstein in the early 1990s but the relationship reportedly did not last long, although they remained close and were pictured at parties with high-profile names such as Donald Trump, now US president.

With the fortune he made from his financial dealings, Epstein and Maxwell lived a life of luxury jetting around the world and living at the millionaire’s Manhattan townhouse or on his private island.

Her friends were not only the rich jet-set but royalty – she had known the Duke of York since her days at university and introduced Andrew to her former partner Epstein.

In his disastrous Newsnight interview, the Duke of York admitted he organised a shooting weekend for Epstein’s former partner at the Queen’s Sandringham Estate.

And in 2000 he was pictured in Thailand and attending a “hooker and pimps” party with Robert Maxwell’s daughter.

But it was the allegation he had sex with a teenage Virginia Giuffre on three separate occasions – once allegedly at Ghislaine Maxwell’s Belgravia home – that would ultimately leave his reputation in tatters.

The socialite was featured in the background of a picture which apparently showed Andrew with his arm around the waist of Ms Giuffre, also known as Virginia Roberts.

Epstein was convicted in 2008 of soliciting and procuring a minor for prostitution, and Maxwell – who is alleged to have been involved in his offending – was arrested in New Hampshire on Thursday.

An indictment said Maxwell “assisted, facilitated and contributed to Jeffrey Epstein’s abuse of minor girls by, among other things, helping Epstein to recruit, groom, and ultimately abuse” girls under the age of 18.

Epstein killed himself in a federal detention centre in New York last summer while awaiting trial on sex trafficking charges.

William F Sweeney, the assistant director in charge of the FBI’s New York Field Office, spoke at a press conference where the allegations against Maxwell were outlined, and said “… recently we learned she’d slithered away to a gorgeous property in New Hampshire, continuing to live a life of privilege, while her victims live with the trauma inflicted upon them years ago”.

He added: “We moved when we were ready and Miss Maxwell was arrested without incident. Like Epstein, Miss Maxwell chose to blatantly disregard the law, and her responsibility as an adult, using whatever means she had at her disposal to lower vulnerable youth into behaviour they should never have been exposed and which creates lasting harm.

“We allege that from at least 1994 through at least 1997, Miss Maxwell assisted Jeffrey Epstein’s abuse of minor girls by helping to recruit, entice, groom and abuse children under the age of 18.”