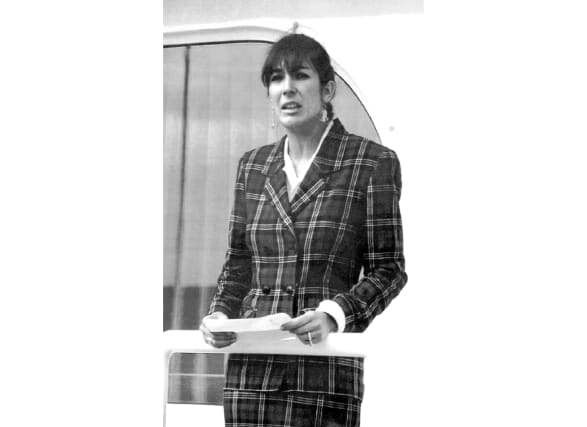 Ghislaine Maxwell, a British socialite and close friend of convicted sex offender Jeffrey Epstein, is facing charges after being arrested in the US.

Maxwell, who has been accused of helping to procure underage girls for the disgraced financier, was detained in New Hampshire on Thursday.

The US Attorney’s Office for the Southern District of New York said charges over her alleged role in the sexual exploitation and abuse of girls by Epstein are to be announced at 5pm BST.

Maxwell has previously denied any wrongdoing or knowledge of sexual misconduct by the disgraced financier, who took his own life in prison last year while awaiting trial on sex trafficking and conspiracy charges.

One of Epstein’s alleged victims, Virginia Roberts Giuffre, claims that Maxwell arranged for her to have sex with the Duke of York at the socialite’s London townhouse.

Andrew, who categorically denies he had any form of sexual contact or relationship with Ms Giuffre, stepped down from royal life last year after a disastrous Newsnight interview about his relationship with Epstein.

He has faced repeated calls to talk to the FBI and US prosecutors still investigating Epstein, while a row emerged in June over the duke’s availability to answer questions about the disgraced financier.

The duke’s legal team said that Andrew had made three offers to give a witness statement to investigators.

In a statement on Twitter, the attorney’s office said: “There will be a press conference today at noon to announce charges against Ghislaine Maxwell for her role in the sexual exploitation and abuse of multiple minor girls by Jeffrey Epstein.”

An indictment made public on Thursday said Maxwell facilitated Epstein’s crimes by “helping Epstein to recruit, groom, and ultimately abuse” girls as young as 14.

She also faces two counts of perjury, while the indictment says Maxwell repeatedly lied when questioned about her conduct.