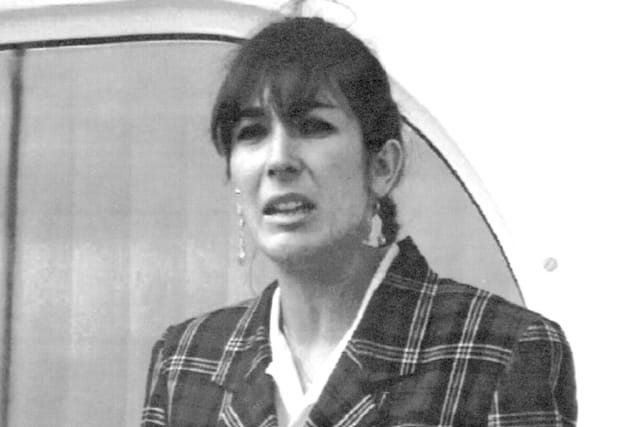 Ghislaine Maxwell has been accused of playing a "critical role" in Jeffrey Epstein's sexual abuse of underage girls, as investigators said they would welcome a statement from the Duke of York in relation to the scandal.

Maxwell, who faces charges over her alleged role in the sexual exploitation and abuse of girls by the disgraced financier, was detained in the US on Thursday.

Announcing the charges against Maxwell, Ms Strauss told a press conference on Thursday that authorities would "welcome" a statement from the Duke of York in relation to the investigation.

Maxwell has previously denied any wrongdoing or knowledge of sexual misconduct by her former boyfriend and long-time associate Epstein, who took his own life in prison last year while awaiting trial on sex trafficking and conspiracy charges.

Ms Strauss claimed that Maxwell had helped Epstein to exploit underage girls – some as young as 14 years old – and "in some cases" would participate in the abuse herself.

"Maxwell was among Epstein's closest associates and helped him exploit girls who were as young as 14 years old," she told reporters.

One of Epstein's alleged victims, Virginia Giuffre, claims that Maxwell arranged for her to have sex with Andrew at the socialite's London townhouse.

When asked about the duke at Thursday's press conference, Ms Strauss called on him to speak with investigators regarding the Epstein case.

"I'm not going to comment on anyone's status in this investigation but I will say that we would welcome Prince Andrew coming in to talk with us, we would like to have the benefit of his statement," Ms Strauss told reporters.

But a source close to the duke's working group said that his lawyers have twice communicated with the US Department of Justice (DOJ) in the past month.

"The duke's team remains bewildered given that we have twice communicated with the DOJ in the last month and to date we have had no response," the source said.

Four of the six charges cover Maxwell's dealings with Epstein from 1994 to 1997, when she was in an "intimate relationship" with him, according to the indictment.

According to the indictment, three unnamed minors were allegedly "induced and enticed" by Maxwell, who "facilitated" for them to be groomed by Esptein at properties he owned.

These include residences in New York City, Palm Beach in Florida and Santa Fe in New Mexico, as well as Maxwell's personal residence in London, the indictment says.

The court papers claim that Maxwell was present for interactions between the alleged victims and Epstein, including interactions where the "minor victim was undressed or that involved sex acts with Epstein".

She would encourage the underage girls to give massages to Epstein, many of which resulted in him sexually abusing the victim, the indictment alleges.

Maxwell was arrested in Bradford, New Hampshire, and is expected to appear before a magistrate judge in the District of New Hampshire on Thursday.

US attorney Lisa Bloom, who represents one of Maxwell's accusers, said she and her client applauded the socialite's "long overdue arrest".

"All others accused of enabling Jeffrey Epstein's predations must immediately be brought to justice as well."

"More recently we learned she had slithered away to a gorgeous property in New Hampshire, continuing to live a life of privilege while her victims live with the trauma inflicted upon them years ago," he told reporters.

Authorities claim that Maxwell, who is also charged with two counts of perjury, allegedly lied when being questioned under oath in 2016.

"Maxwell lied because the truth as alleged was almost unspeakable, Maxwell enticed minor girls, got them to trust her, then delivered them into the trap that she and Epstein had set for them," Ms Strauss told reporters.