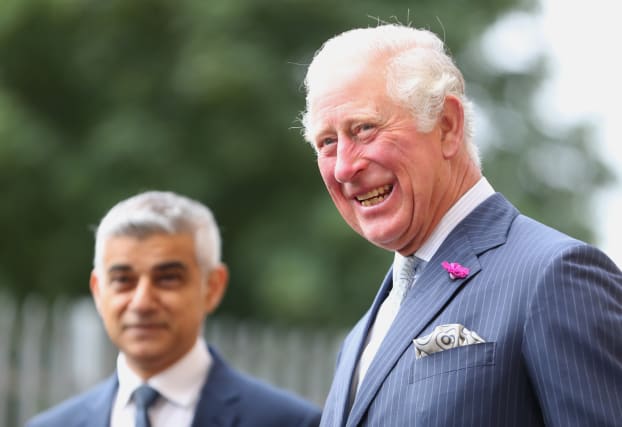 The Prince of Wales has praised Tube workers for keeping London Underground running during the pandemic, telling them “I don’t know how you do it”.

Charles met the staff, who worked at the height of the coronavirus outbreak, at a Transport for London (TfL) training centre to hear their stories.

London Mayor Sadiq Khan, chair of TfL, hosted the visit and said the prince had asked for the meeting to personally thank workers for their efforts.

After chatting to a group of staff, who were socially distanced, the prince told them: “Thanks for doing so much, thanks for all your hard work, I don’t know how you do it.”

In a lighter moment, Mr Khan revealed the heir to the throne had said he had been gifted some face masks with a tartan design: “He’s been given three. He’s looking forward to wearing them out and about and stuff – it’s not his own tartan by the way.”

The event was staged in the open air outside Ashfield House, a training centre near West Kensington Tube station in west London, to minimise any possible spread of the virus.

The Tube network has been running throughout the Covid-19 pandemic and maintained 50% of services at the height of the outbreak when a third of staff were ill, shielding or self-isolating.

Many of the drivers, station staff and other workers have since returned to the front line and now more than 90% of the timetable is operating.

The outbreak took its toll though and 44 London transport workers have died due to coronavirus.

The London Mayor said about Charles: “He reached out to us and said ‘I want to say thank you, because I know you’ve kept the city going’.”

He added: “The great thing, he’s met everyone from cleaners who are crucial to keeping public transport clean, the deep cleaning, to the commissioner – so you can see the response in their faces.

“But for the public transport running during the lockdown, NHS workers, care workers, those who work in shops wouldn’t be able to get to work to serve our city.”