£25m of drugs seized as part of major nationwide operation 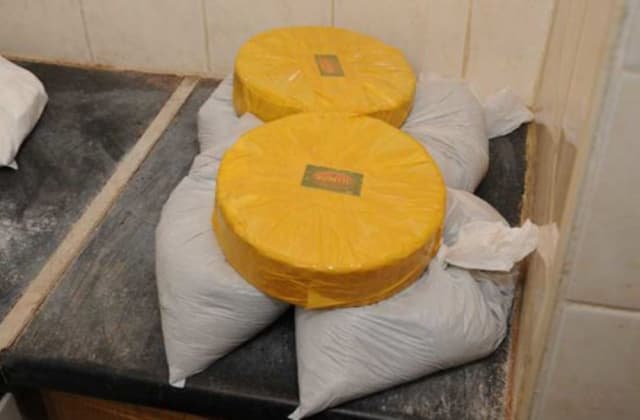 Drugs worth £25 million have been seized and 59 people arrested in a cross-border operation which has been labelled one of Police Scotland’s most significant cases.

More than £7 million in cash and firearms, ammunition, explosives and industrial pill presses were also seized, while six stolen cars and a motorcycle have been recovered.

Cocaine, heroin, cannabis, herbal cannabis and thousands of Etizolam tablets were found as part of Operation Venetic, which involved the National Crime Agency (NCA) and police forces across the UK.

A joint investigation involving Police Scotland, the NCA and the Metropolitan Police resulted in 28 million of the Etizolam – or fake valium – tablets worth £14 million being seized from a premises in Kent.

On several occasions between April and June on the M74 – the main travel route between Scotland and England – dozens of vehicles were stopped and drugs were found.

The operation has resulted in taking down the encrypted platform Encrochat which was used by 60,000 people worldwide, including around 10,000 in the UK, for what law enforcement agencies claim were purely criminal purposes.

The company, which charged £1,500 for a device on a six-month contract, issued a warning to users early last month to say its servers had been hacked by a government entity.

After months of work, more than 50 warrants have been executed by hundreds of officers at addresses across Scotland.

Gerry Mclean, the NCA’s regional head of investigations for Scotland, said: “This piece of activity in Scotland and across the UK was unprecedented in scale.

“It is without doubt the broadest and deepest ever operation into serious organised crime, with the people targeted at the top end of the criminal tree.

“The NCA has worked with international partners and every single police force across the UK, but the extraordinary results we have had here is testimony to the partnership we have with Police Scotland, the support from COPFS and the strategy set by Scotland’s Organised Crime Task Force.

“By working together we have had tremendous success in penetrating organised criminal networks, seizing huge amounts of criminal cash, stopping firearms and drugs reaching our streets and protecting the people of Scotland.”

“These intelligence-led proactive operations, which have been undertaken in partnership with the NCA, UK police forces and Border Force, have resulted in some of the largest seizures made by the service.

“This underlines our… collective determination to target those involved and strike at the very centre of their illicit operations.”

He said: “This has been one of Police Scotland’s most significant operations, combining the knowledge and resources of local policing with the service’s enhanced national capabilities.

“It also underlines the importance of continued cross-border co-operation in law enforcement, as well as the value of the partnerships forged through Scotland’s Serious Organised Crime Taskforce and our highly-prized Scottish Crime Campus.

“Once again the professionalism of Scotland’s police officers and support staff is evident in disrupting criminal activities and reducing the harm and misery inflicted on our communities.”