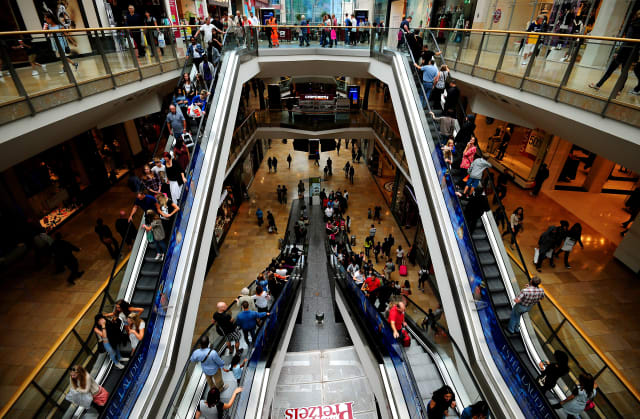 Two of Britain’s biggest shopping centre owners have sought to assure over an improving picture in the hard-hit retail sector, but revealed ongoing difficulties for shops to meet rent demands.

British Land, which owns shopping centres including Meadowhall in Sheffield and office buildings in London, said it had collected 36% of rent from retailers in the June quarter.

Rival Hammerson – the group behind Birmingham’s Bullring and Brent Cross in north London – said it had collected just 16% of third quarter rent in the UK.

But they gave hope of a bounceback for retailers knocked by the coronavirus lockdown, with British Land confirming 64% (or 894) of stores across its sites in England are now open and have seen sales surge 91% over the first week of reopening.

The updates come less than a week after Trafford Centre owner Intu tumbled into administration after failed talks with its lenders.

Intu – which also runs Lakeside in Essex – had struggled under a £4.5 billion debt burden for the past year, and has been hammered by significantly lower rent payments from retail tenants since the coronavirus outbreak.

In its update, Hammerson said it is “confident that collection rates will continue to improve materially in all regions as agreements are progressed with brands”.

It also announced it had been able to secure some breathing space from lenders and accessed the Government’s coronavirus support scheme to bolster its balance sheet.

The firm said 73% of UK rent had been collected for the first half of the year.

British Land said footfall and sales were encouraging for English retail tenants since the lockdown restrictions allowed non-essential shops to open from June 15.

It said: “We expect the best-located open-air retail parks to perform an important role in retailers’ reopening strategies, and this was reflected in positive like-for-like sales for out-of-town stores open in England versus the same week last year.”

The group is negotiating rents with shops on a case-by-case basis, agreeing rental waivers of £3 million in relation to the June quarter in addition to £2 million for the March quarter.

“This is an ongoing process and so we expect the collection rates for June to improve over the coming weeks,” it added.