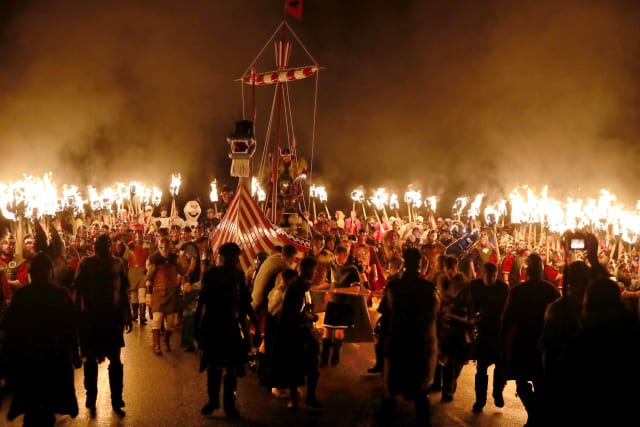 Next year’s Up Helly Aa festival in Shetland has been cancelled due to the coronavirus pandemic.

Organisers of the annual event said they took the decision to “ensure the festival does not contribute to the spread of Covid-19”.

The event, which attracts visitors from around the globe, takes place in Lerwick on the last Tuesday of January each year.

In a statement, the Up Helly Aa Committee said the unanimous decision followed consultation with key partners.

It said: “The nature of Up Helly Aa, the numbers involved and the potential of large numbers of visitors to the isles are all risks that were taken into account.

“The festival going ahead in its current format would be difficult with any restrictions in place and with uncertainty surrounding what guidance would be in place in January, there was no guarantee the festival could happen at all.

“The health and safety of the community, participants and the many volunteers it takes to deliver the festival was the priority of committee members when making the decision.”

The 2022 festival will take place on Tuesday January 25.

Highlights of the event include a march led by the Guizer Jarl, or chief guizer, culminating in a torch-lit procession and a replica longboat being set alight.

Shetland and neighbouring Orkney were under Norwegian rule for about 500 years until they became part of Scotland in 1468.

The festival stems from the 1870s when a group of young local men wanted to put new ideas into Shetland’s Christmas celebrations.