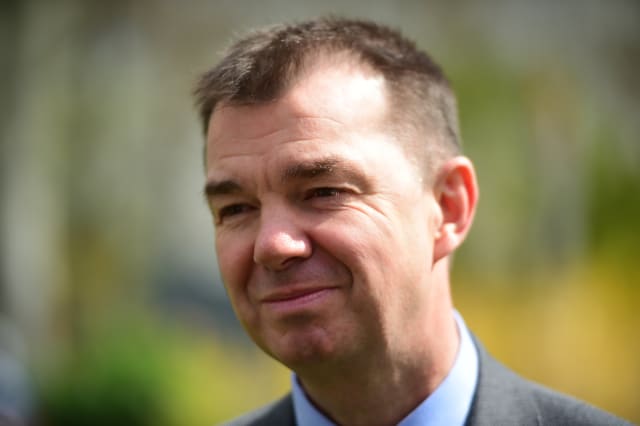 An MP has written a moving tribute to his newborn twin sons who have died.

In a series of tweets, which included a quote of a Buddhist concept of the nature of life and death, Mr Opperman said Teddy “came and went from this world quickly and quietly”.

He added: “Our younger twin, Rafe, was not born until Tuesday 23, but died later that day in NeoNatal ICU.

“Baby loss, and coping with grief, is very hard.

“Nothing we could do. Just a horrible tragedy. We emerged from hospital a week ago shell shocked. We have taken some time out to recover. I am back at work part time, but bear with me. We will come through this, but will always miss our boys.”

Mr Opperman, 55, said: “The loss of our younger twin Rafe was particularly acute. He lived and died within a long day. But we treasure our time with him in Neonatal ICU. We were able to tell him of all our hopes and dreams for him, and our family; but he could not make it and died in Flora’s arms.”

He expressed the couple’s gratitude to the NHS doctors and nurses who tried to save the twins.

The family is engaging with the charity Sands, which helps families coping with the grief of baby loss, and said they will establish a “small fund to support research that will prevent other families experiencing the same pain”.

Referring to the Buddhist concept of life and death being like a wave, he said: “The Wave quote is a good description of this awful process, and an acceptance of life passing. You never regret trying to have children. Sometimes baby loss happens. We will never forget our boys. They will be with us always. Just sadly only in their spirit and their memory.”