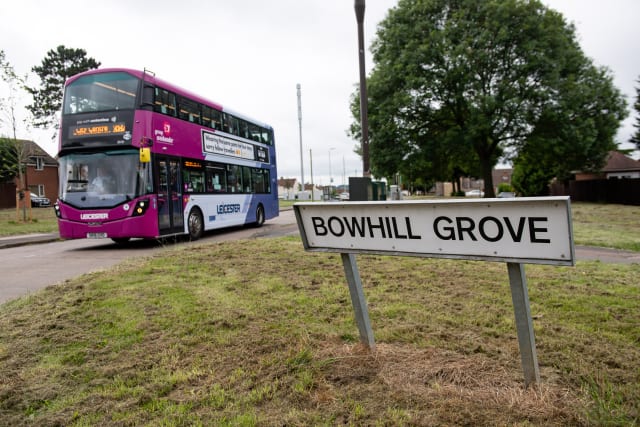 Police chiefs in Leicestershire are “thinking about all options” after being asked if roadblocks could be imposed to enforce the lockdown in Leicester.

Chief Constable Simon Cole said he had “huge sympathy” with people living on streets that had been cut down the middle on the lockdown map but added: “You’ve got to draw the line somewhere.”

The city was forced back into tighter measures after a surge in coronavirus cases over a two-week period.

Mr Cole said the force hopes “common sense will prevail” and will only enforce the restrictions as a last resort.

Asked if policing the borders of the locked-down area was a problem given that some streets had been cut in two, he said: “Wherever the line was drawn, there would be someone who was one side of the line and someone who was the other.

“The city boundary clearly didn’t make any sense at all because of the way that housing has developed over the last century in particular.

“We’ve talked about this quite a lot actually, and I have huge sympathy with those who find themselves just one side of the road than the other, but you’ve got to draw the line somewhere.

Commenting on whether people might try to leave the city, Mr Cole said: “I think you’d have to be pretty daft if you needed a pint so much that you breached the lockdown.

“This is a serious public health risk. Do you want to bring that illness into contact with your mates or your family? Certainly I wouldn’t want to do that.

“We do work really closely with all the neighbouring forces – we’ve been communicating with them so they can understand – and of course, for us as a force, we’ve got two bits of legislation ongoing at the same time.

“So we will have the national move which will be taking place in some of the force area but not in the rest of it, so I’d really implore people: some of the leading health experts in the country are saying stay at home and that seems pretty shrewd advice to me.”

Asked if the force was considering roadblocks to police the lockdown, Mr Cole said: “We’re thinking about all of our options but we hope that common sense will prevail.

“Most people have complied here through the previous iterations of the lockdown.

“It’s a pretty simple equation really – we live in an area where there’s a very, very dangerous disease that makes people really ill, and we currently, sadly, lead the nation in that illness.

“We will be out there, we will be advising people, we will be speaking to people who feel they need to get out and about – but really we are at a point where this is essential travel only.