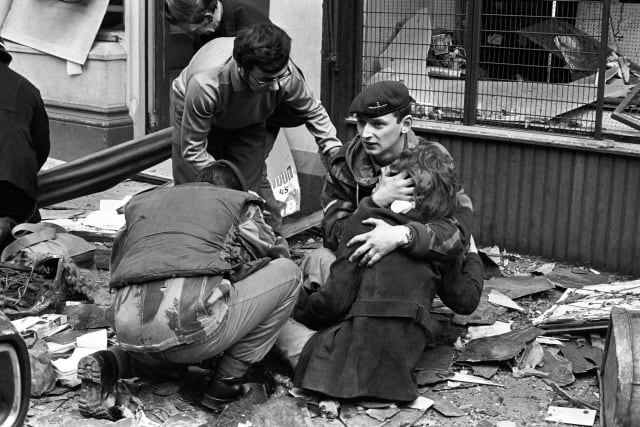 Halting investigations into the majority of unsolved Troubles killings will send a signal to dissident republicans that they can get away with violence, a Westminster committee has heard.

Ms Peake, who is CEO of the Wave trauma centre in Belfast, was scathing of the Government’s handling of the legacy issue as she gave evidence to the Northern Ireland Affairs Committee.

She said Northern Ireland Secretary Brandon Lewis was feeding a sense that victims do not matter, and the Government’s desire to protect veterans took precedence over the bereaved.

In March, the Government announced that only Troubles killings with “compelling” new evidence and a realistic prospect of prosecution will receive a full police re-investigation.

It said most unsolved cases will be closed and a new law would prevent those investigations into the decades of violence from being reopened.

It marked a dramatic step away from mechanisms agreed by the UK and Irish Governments and main Stormont parties in the 2014 Stormont House Agreement.

“It could signal to dissident loyalist and republican paramilitaries that you will not be held to account, and that if there’s a failure to deal with the past that that will continue,” she said.

Ms Peake said the announcement from Government came as a “bolt out of the blue”. She said it also came at the “worst possible time” given many victims were just about to go into isolation due to the coronavirus emergency.

“The message of that was appalling,” she told MPs.

Ms Peake noted that the first paragraph of the two-page Government statement focused on the need to protect veterans.

“We had no warning and, all of a sudden, in the middle of Covid, a two-page statement came out that really was a demarcation away, with absolutely no warning, at a time when victims and survivors were most vulnerable.

“The first paragraph was around the need to protect veterans and then moved on to victims and survivors.

“As of last week, we have had one call with the Secretary of State (Mr Lewis), we’ve had nothing since. We have asked for meetings with the NIO (Northern Ireland Office) officials, we’ve had two, which we have asked for, and we were told there’s going to be extensive consultation, we haven’t seen that.

“We were told that there would be papers, they haven’t come, and I understand maybe they won’t come.

“So it’s really a very, very difficult position for victims and survivors to be in and I really can’t emphasise enough it really feeds mistrust, it feeds a sense that we don’t matter, and that this simply is about veterans and is not about addressing the needs of victims and survivors, and that is grossly unfair.

“It’s very unfair to victims and survivors to do that.”