Drooping markets given shot in the arm by vaccine hopes 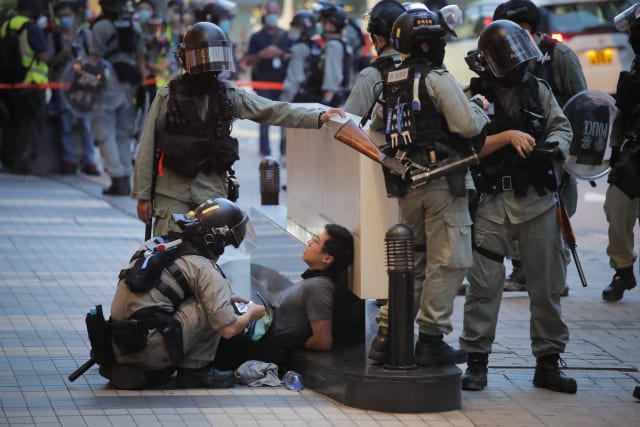 Fans of roller coasters would not have been disappointed by their midweek ride as a big fall was followed by an equally dramatic rise on London’s main index on Wednesday.

It came as news of a potential new breakthrough in the fight against coronavirus filtered through to global markets, reversing a Europe-wide sell-off.

It helped spur markets on both sides of the Atlantic.

“Though it didn’t quite cause the explosion of growth previous reports have done, it did erase European losses that were running as high as 2% at the midday mark,” said Connor Campbell, an analyst at Spreadex.

The earlier downturn had been sparked by fears over the new cases caused by an opening of the economy.

On Wednesday, New York City announced that it was suspending plans to start allowing diners back inside as the number of reported cases surged in other parts of the country.

“The tick up in tensions in Hong Kong also contributed to the negative move,” said CMC Markets analyst David Madden.

“Beijing have introduced a controversial law that will give it more control over the former British Overseas Territory, and that could impact China’s international relations.”

In company news, the revelation that bosses at discount retailer B&M have been eyeing a “steady recovery” in customer numbers was celebrated by shareholders, who sent the firm’s stock up by 4.9%.

British Land’s shares took a 0.4% tumble as the company revealed that it had only managed to collect a little over a third of the rent from shops that was due for the three months to the end of June.

Meanwhile its rival Hammerson jumped by 6.5%, despite a much bleaker situation. It has only been paid 16% of the third quarter rent that was due.

Shareholders were not very impressed with bumper trading figures from Sainsbury’s as the supermarket said that sales jumped 8.5% in the 16 weeks to June 27 as people stocked up on essentials. Shares dropped 2.5% as it also unveiled a £500 million profit hit from the pandemic.

The news that 5,000 jobs are likely to go at SSP, which owns Upper Crust and Caffe Ritazza, sent its shares down by 2.3%. The company also plans to keep four fifths of its UK sites closed past the autumn.

Spire Healthcare took a small 0.12% fall after it was fined £1.2 million by the competition watchdog for colluding to fix prices with smaller healthcare providers.