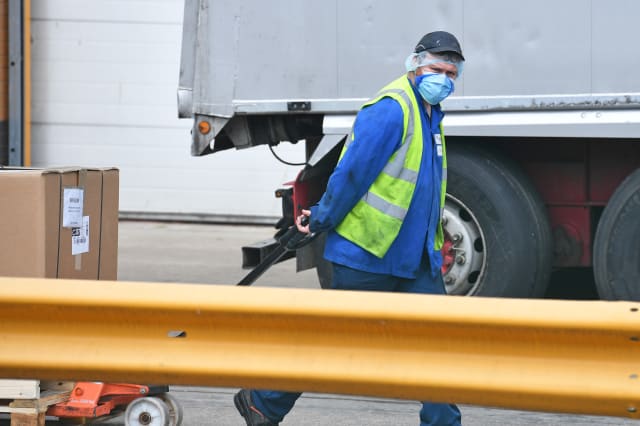 Officials in regions with high infection rates for coronavirus have said they are working hard not to follow Leicester into lockdown.

Experts in Greater Manchester said its infection rate was falling overall, though some of its 10 councils “have higher infection numbers and rates than others, and compared to the North West and national they are still higher than they should be”.

City officials in Bradford said they were “working hard” to prevent lockdown while Barnsley said new restrictions are not needed, as figures revealed the town has the highest Covid-19 rates in England after Leicester.

Greater Manchester Combined Authority provided the PA news agency with figures up to June 30, saying the rate of infection for Greater Manchester as a whole – which includes 10 councils – was 13.3 per 100,000 people.

Rochdale had the highest individual rate of its councils, with 28.8 positive cases per 100,000 people, though this was down on the 53.6 cases for the week to June 21.

Sir Richard Leese, chairman of the Greater Manchester Health and Social Care Partnership said: “The figures published today shows the situation in each of our districts and while the number of positive cases of Covid-19 is slightly higher in some councils compared to others, we are closely monitoring and managing the situation.

“We don’t want anyone to be alarmed. Rather, the purpose of making this information public is to be open, honest and transparent with the public about what’s happening in their area so they can make an informed choice in their day-to-day lives.

“We’ve also been doing more testing compared to other parts of England and this will be reflected in our figures.”

Data for the week ending June 21 from Public Health England (PHE) shows Bradford has 69.4 cases per 100,000 population, the second highest in England behind Leicester with 140.2.

Bradford council leader Susan Hinchcliffe said the city had a high number of infections “although we are some way behind Leicester”.

She added: “The number of people testing positive for the virus is still too high and we continue to work hard with all our partners to prevent infection spreading as no one wants a second lockdown.

“As we take more and more steps towards returning to a more normal life, it’s easy to believe that Covid-19 is less of a threat to our health and the health of our family and friends.

“This is simply not the case.”

In Barnsley, council leaders said that up-to-date figures showed a drop in the average number of new cases for four consecutive days and they were continuing to “proactively manage the disease locally and in line with national guidance”.

In a joint statement, the town’s director for public health Julia Burrows and council leader Sir Steve Houghton said: “This is why we do not believe at this stage any further measures will need to be implemented such as the ones seen in Leicester.”

But they added: “The fact our rate has been high does mean that we ask for extra caution and vigilance by everyone in Barnsley.”

Infection figures to June 21, published by PHE, show the rate of new cases in each area, based on tests that have been carried out in PHE and NHS laboratories (“pillar 1” of the Government’s testing programme) and in the wider community (“pillar 2”) such as at drive-throughs or kits sent to people’s homes.

Earier, Boris Johnson was accused of being slow to respond to the coronavirus outbreak in Leicester, resulting in the city being forced into a local lockdown on Monday evening.

Shortly afterwards, Walkers crisps confirmed there have been 28 positive cases of Covid-19 at its factory in Leicester.

Labour leader Sir Keir Starmer accused the Prime Minister of presiding over a “lost week” when action could have been taken in the first real test of Mr Johnson’s “whack-a-mole” strategy for tackling coronavirus clusters.

The Prime Minister insisted that action had been taken swiftly and defended the sharing of testing figures with local leaders.

Sir Keir said Health Secretary Matt Hancock had publicly acknowledged an outbreak in Leicester on June 18 but that the lockdown was not announced until Monday, 11 days later.

Mr Johnson said action in Leicester had actually been taken from June 8 as “we could see that there was an issue there” and mobile testing units were deployed.

Sir Keir said that the local authority in Leicester had data for pillar one tests but not pillar two, which meant it believed there were “80 positive tests in the last fortnight, when the real figure was 944”.

It was only last Thursday that the full information was provided, Sir Keir said.

“There was a lost week while the virus was spreading,” he added.

The Labour leader warned that “there are now real fears of further local lockdowns across the country” and demanded a “cast-iron guarantee” that no other authority would be put in the same position as Leicester.

Mr Johnson insisted that “both pillar one and pillar two data have been shared not just with Leicester but with all authorities across the country”.

Sir Keir also questioned the operation of NHS Test and Trace, claiming that of the estimated 22,000 new Covid infections per week in mid-June, just 5,000 were reached by the system.

Mr Johnson replied that the system was reaching “huge numbers of people”.

Meanwile, a leading scientist warned it is an “illusion” that the UK is past the worst of the Covid-19 epidemic.

Professor Neil Ferguson, from Imperial College London – who quit as a Government adviser after admitting breaking lockdown rules – said the UK should be braced for “inevitable” regional flare-ups.