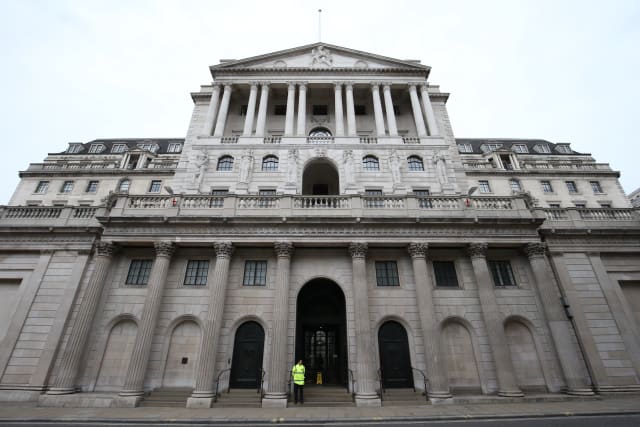 Britain’s battered economy is still on track for a sharp V-shaped recovery thanks to a faster-than-expected rebound since coronavirus lockdown restrictions have eased, according to the Bank of England’s chief economist.

Andy Haldane, who also sits on the Bank’s interest rate-setting committee, said the recovery in the UK and globally had come “sooner and faster” than expected.

In a webinar speech on Tuesday, Mr Haldane said the UK economy was benefiting from a greater than predicted underlying strength in consumer spending across Britain.

He said: “It is early days, but my reading of the evidence is so far, so V.”

He added: “The recovery in both the UK and global economies has come somewhat sooner, and has been materially faster, than in the MPC’s May Monetary Policy Report scenario – indeed, sooner and faster than any other mainstream macroeconomic forecaster.”

It comes after the Bank recently said it now expects gross domestic product to tumble by 20% in the first half of the year, which is far less than the 27% it predicted in its May forecast.

But governor Andrew Bailey warned at the time against getting “carried away” by signs the recession may not have been quite as steep as it expected, with the Bank launching another £100 billion of quantitative easing (QE) to help boost the economy.

Mr Haldane was the only one on the nine-strong Monetary Policy Committee to vote against increasing QE in the June meeting.

In his speech, he said if the economy continues recovering on a similar path as lockdown measures ease further, then the loss in annual GDP could far lower than first feared, at 8% against 17% forecast in May.

But he cautioned some of this may be down to pent-up demand, as well as the massive Government support for households and businesses through the scheme to furlough workers on 80% pay.

He said there was a risk of soaring unemployment when the Government support measures end, which could impact the path of recovery.

Bars, hairdressers and churches among venues open again in Scotland as lockdown eases