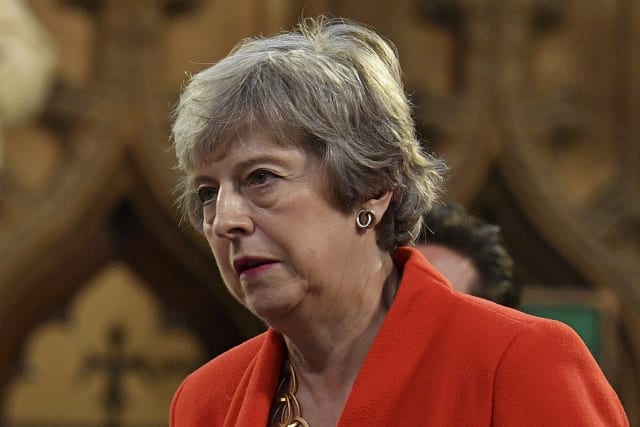 Theresa May has questioned why Boris Johnson picked a political appointee with "no proven expertise" as his new national security adviser (NSA).

Mr Johnson has been criticised for the appointment as, unlike previous holders of the post, Mr Frost is a political adviser rather than a career civil servant – who also lacks security experience.

36 PHOTOS
Theresa May through the years
See Gallery

Sir Mark is also stepping down as Cabinet Secretary and head of the Civil Service, amid reports of clashes with Mr Johnson's chief adviser Dominic Cummings.

Speaking during an urgent question in the Commons, Conservative MP Mrs May said: "I served on the National Security Council for nine years – six years as home secretary and three as prime minister.

"During that time, I listened to the expert independent advice from national security advisers.

"On Saturday (Mr Gove) said: 'We must be able to promote those with proven expertise.'

Mr Gove responded: "We have had previous national security advisers, all of them excellent, not all of them necessarily people who were steeped in the security world, some of whom were distinguished diplomats in their own right.

"David Frost is a distinguished diplomat in his own right, and it is entirely appropriate that the prime minister of the day should choose an adviser appropriate to the needs of the hour."