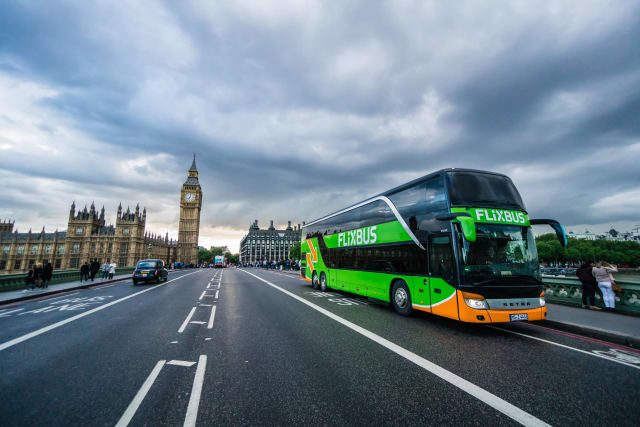 Germany’s biggest coach company is readying to launch in the UK later this week even as travel companies around the world struggle with the consequences of government lockdowns.

Flixbus will run four routes, all starting in London, as it launches its first ever domestic routes in the UK, with extra precautions in place to slow the spread of coronavirus.

“It’s a very interesting time, not just in the transportation industry, but in general. However, we have been planning to launch in the UK for quite a long time,” FlixBus’s UK managing director Andreas Schorling told the PA news agency.

It marks a delayed launch in Britain for the bus giant, which had originally been intending to start running its four routes earlier this spring before the pandemic paused its plans.

The first buses will connect London with Portsmouth, Bristol, Birmingham, and Guildford.

Although starting small, FlixBus’s entry into the UK marks a serious new challenge for the biggest British incumbents, including National Express and Megabus, as the fast-growing company pledged to be a “market leader” in Britain by the middle of the decade.

It is a big claim, but one that UK boss Mr Schorling said is possible after FlixBus’s meteoric rise on the continent.

Since launching in 2013, the bus company has managed to more or less dominate Germany, grabbing a 90% share of the long-distance bus market in the first four years of its existence.

“It is definitely a very bold statement,” Mr Schorling admitted of his plan to have more passengers than any other UK coach company by 2025.

“At the same time, FlixBus has eight years of experience, we have launched in 32 markets, and we have been able to achieve very strong results in all the markets that we’ve entered. So we feel relatively confident in our approach to this market.”

The rapid expansion has been largely down to FlixBus’s model.

Almost as comparable to ride-hailing app Uber as to some of its more immediate competitors, Flixbus does not own any coaches itself. Instead it outsources the running of its services to smaller local businesses.

The domestic launch in the UK has been a long time coming, and comes a full two years after the company started running buses in the US.

But it is not an entirely cold start, as the German bus giant has run lines to London from Brussels, Paris and Amsterdam for a couple of years.