Employers told to shut down in local lockdown can re-furlough staff, No 10 says 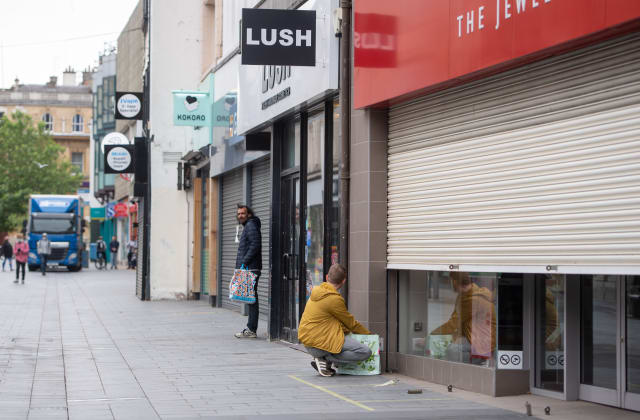 Employers forced to shut their doors again in Leicester under the local lockdown will be able to re-furlough their staff if they have used the scheme before, Downing Street has said.

No 10 said on Tuesday that the scheme to prevent job losses could still be utilised by firms in the city and elsewhere that are affected by the return of strict measures to slow the spread of coronavirus.

Leicester became the first place to be placed on local lockdown with non-essential shops being told to once again close, while schools will shut to most pupils from Thursday.

The planned opening of restaurants, pubs, cafes, hairdressers and cinemas across England from Saturday will also be put on hold in the East Midlands city.

The order will place fresh pressure on ailing businesses just as they hoped to get a boost from renewed footfall.

The Prime Minister’s official spokesman said: “If employers have used the furlough scheme at any point between March 1 and June 30, which of course many will have, they can re-furlough those employees from July 1.

“It applies nationwide but obviously it’s a particular circumstance to Leicester and those surrounding conurbations at the moment.”

Chancellor Rishi Sunak extended the job retention scheme until the end of October, with employers being told to contribute to the cost from August.

Some 9.3 million workers have been furloughed under the programme, claiming £25.5 billion to cover the salaries of those who cannot work, according to the latest Government figures.

Boris Johnson acknowledged in his major speech on Tuesday when he set out his recovery plan that “the furloughing cannot go on forever”.

But he warned that “jobs that many people had in January are also not coming back or at least not in that form”, adding: “And we know that that’s the biggest and most immediate economic challenge that we face.”