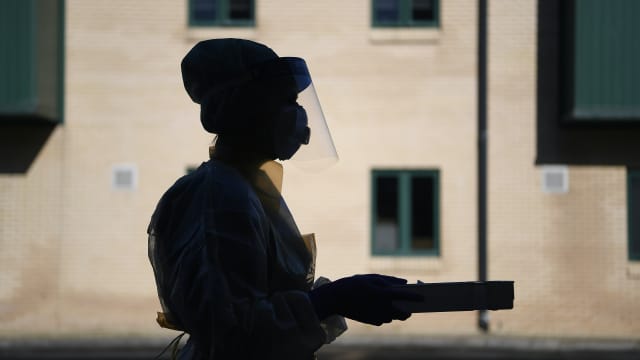 The number of deaths registered in England and Wales over one week has fallen below the five-year average for the first time since before lockdown was imposed, the Office for National Statistics (ONS) said.

The overall number of weekly registered deaths fell below the five-year average for the first time since the week ending March 13.

There were 65 fewer deaths registered in the week ending June 19 – 0.7% below the average number of deaths for this period over five years.

In both hospitals and care homes the number of deaths fell below the average, with 782 and 49 fewer deaths respectively.

However, there were 827 excess deaths in people's private homes.

Of the 9,339 deaths registered in the week ending June 19, 783 mentioned "novel coronavirus" – the lowest number of deaths involving Covid-19 for 12 weeks.

The ONS counts these as excess deaths, as coronavirus was not a cause of death before 2020.

Four regions in England – the South East, South West, North West and East – registered no excess deaths, while the number of registered deaths in the West Midlands was similar to the five-year average.

In Wales, where deaths fell below the average for the first time in three months last week, death registrations crept up to 44 deaths higher than than five-year average.

The number of weekly deaths involving Covid-19 fell in all regions in England and Wales.

Deaths involving Covid-19 fell or stayed the same in all but three age groups compared with the previous week.

Overall, 31,364 deaths involving coronavirus have taken place in hospitals in England and Wales.

The total number of deaths in England and Wales in all settings up to June 19 (and registered by June 27) was 49,610, the ONS said.

Including figures published last week for Scotland and Northern Ireland, it means that, so far, 54,545 deaths have been registered in the UK where Covid-19 was mentioned on the death certificate, including suspected cases.

In addition, a further 307 deaths since June 20 in England, Wales and Northern Ireland take the overall UK Covid-19 death toll to 54,852.

Meanwhile, the number of excess deaths in the UK since the coronavirus outbreak began is just above 65,000, which is broadly unchanged from one week ago.

Tuesday's ONS figures show 59,187 deaths above the five-year average in England and Wales between March 21 and June 19, following figures last week showing the equivalent numbers for Scotland and Northern Ireland.

Together, this means the total number of excess deaths in the UK across this period stands at 65,079.