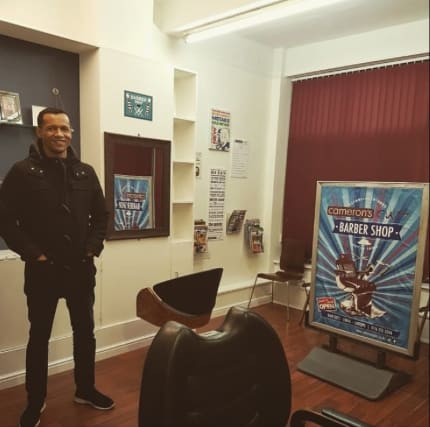 A Leicester barbershop owner has said he fears the local lockdown could see his customers go elsewhere.

Cameron Hallam, 39, owner of Cameron’s Cutz, said he had already put measures in place to make sure he was able to safely reopen on July 4.

He told the PA news agency: “A couple of people have asked me to cut hair covertly but that is not something I am prepared to do.

“It’s only a certain zone of the city and it’s going to affect me because although I can’t open, other barbershops can open just the other side of that line. So even that is a concern.

“When I said I was going to open in July, all my appointments were fully booked, but now another two weeks – it’s going to be testing.”

Mr Hallam has owned his barbershop since 2005 and been working as a barber for more than two decades.

He had been busy preparing to reopen and said he fears the impact it will have on his business.

Mr Hallam said: “My shop is right within the area of where the outbreak has happened, it’s tough. I could have done with getting back to work.”

He had hand sanitiser ready for when customers walk in, with a strict one-in-one-out policy.

Mr Hallam said: “I had a face screen for myself, disposable gowns for the customers, disposable gloves for myself. I had a sign up to show I had done the risk assessment for coronavirus.

“I keep the shop clean anyway, it was more in terms of the disposable stuff.”