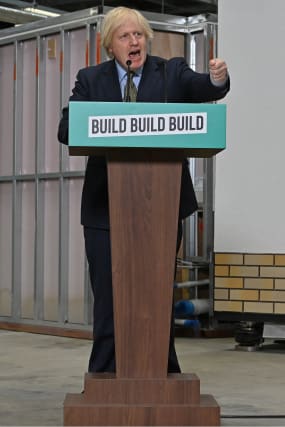 Here are the main elements of Boris Johnson’s plan to revive the economy after the coronavirus crisis:

The Budget in March had already set out plans for £640 billion of spending over five years.

Mr Johnson set out plans to speed up £5 billion of that including:

– £1.5 billion this year for hospital maintenance.

– £100 million on 29 road projects including bridge repairs in Sandwell and work on the A15 in the Humber region.

– £10 million for work to unblock the Manchester rail bottleneck, which will begin this year.

– More than £1 billion to fund the first 50 projects of a new, 10-year school rebuilding programme.

– £142 million for digital upgrades and maintenance to around 100 courts this year.

– £83 million for maintenance of prisons and youth offender facilities and £60 million for temporary prison places.

– £900 million for a range of local growth projects in England this year and next.

– £96 million of investment in town centres and high streets.

There will be a review of road, rail, air and sea links between the four nations of the UK – although Number 10 could not say whether that included Mr Johnson’s pet project of a bridge connecting Scotland and Northern Ireland.

There will be £10 million for the research and development projects to scale-up manufacturing of the latest technology in batteries, motors, electronics and fuel cells as well as support for “gigafactories” to mass produce components.

Mr Johnson set out a “jet zero” goal for the UK to produce the world’s first zero-emission long-haul passenger plane, although he gave no details.

From September, new regulations will make it easier for buildings in town centres to change use without planning permission and create new homes from the regeneration of vacant and redundant shops and other buildings.

Changes will also make it easier for shops to be converted to cafes or officers without needing planning applications and council approval.

A fast-track approval process will allow property owners to extend upwards, subject to consultation with neighbours.

The £12 billion affordable homes programme will support up to 180,000 new dwellings for ownership and rent over the next eight years – although when an extra £9.5 billion for the programme was announced in the Budget, the timeframe given was five years.

A 1,500-unit pilot of the First Homes scheme, which will see properties sold to a first-time buyer at a 30% discount which will remain in perpetuity.