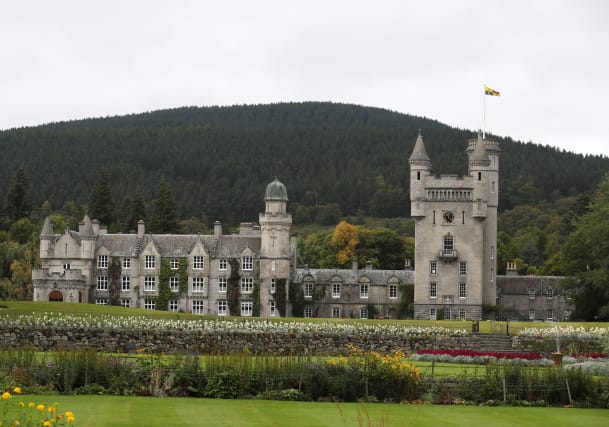 Rangers at the Balmoral Estate have found discarded waste and wipes near trails as people have used the ground as a wild toilet.

Staff at the 50,000 acre site, which houses Balmoral Castle and is the Scottish home of the Royal Family, posted pictures of fouling over the weekend next to paths on the Aberdeenshire estate.

Public toilets at the site have been closed, and rangers tweeted: “Disappointed to see so many wipes discarded on the Estate today. Next to paths and monuments. Please remember there are no public toilets open for miles around at the moment.”

The estate said the toilets near Loch Muick, managed by Aberdeenshire Council, have been closed but that people had been “breaking into them.”

“Conditions inside are becoming unsanitary,” it added.

Alongside advice on what people should do if they are caught short, rangers advised visitors to be more courteous.

They tweeted: “Part of the problem is that we are seeing a lot of non biodegradable wipes being discarded in the countryside.

“Also, people are choosing to relieve themselves right next to busy paths or monuments rather than move a little bit further away to avoid contamination.”

It comes after local government minister Simon Clarke and environment minister Rebecca Pow wrote to councils urging them to look at reopening any closed public toilets.

The letter said: “Councils should consider the harm to public health and the local environment caused by people relieving themselves in public.

“The combination of the hotter weather and the Government’s push to support outdoor hospitality has reinforced the need for public access to toilets.”