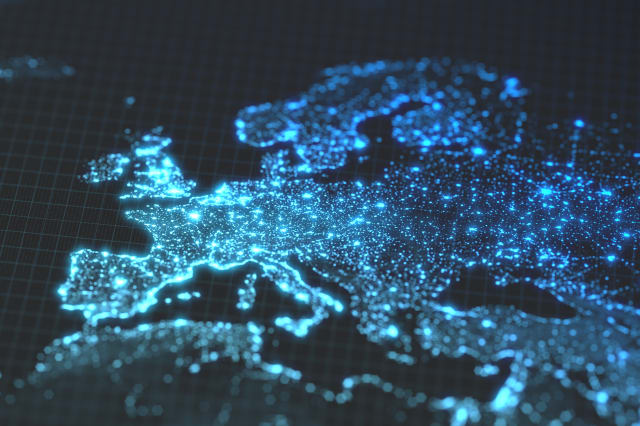 AP - Nordic authorities say they detected slightly increased levels of radioactivity in northern Europe this month that Dutch officials said may be from a source in western Russia and may "indicate damage to a fuel element in a nuclear power plant."

The Leningrad plant near St. Petersburg and the Kola plant near the northern city of Murmansk, "operate normally, with radiation levels being within the norm," Tass said.

The Finnish, Norwegian and Swedish radiation and nuclear safety watchdogs said this week they've spotted small amounts of radioactive isotopes harmless to humans and the environment in parts of Finland, southern Scandinavia and the Arctic.

The Swedish Radiation Safety Authority said Tuesday that "it is not possible now to confirm what could be the source of the increased levels" of radioactivity or from where a cloud, or clouds, containing radioactive isotopes that has allegedly been blowing over the skies of northern Europe originated. Its Finnish and Norwegian counterparts also haven't speculated about a potential source.

But the National Institute for Public Health and the Environment in the Netherlands said Friday it analySed the Nordic data and "these calculations show that the radionuclides (radioactive isotopes) come from the direction of Western Russia."

"The radionuclides are artificial, that is to say they are man-made. The composition of the nuclides may indicate damage to a fuel element in a nuclear power plant," the Dutch agency said, adding that "a specific source location cannot be identified due to the limited number of measurements."

World's worst nuclear disasters
Lt. Colonel Leonid Telyatnikov, Head of the Pripyat Fire Brigade which fought the Chernobyl blaze, points at a photograph of the power station's damaged fourth reactor following the April 26, 1986 nuclear accident. The reactor has since been entombed in concrete. Telyatnikov, 36, was hospitalized for two months with acute radiation sickness and was twice decorated for bravery. REUTERS/Meg Bortin
Areal view of the Chernobyl nuclear power plant's fourth reactor in the May 1986 file photo. Chernobyl's Number Four reactor caught fire and exploded in April 1986, sending a radioactive cloud of dust over Ukraine, Belarus, Russia and other parts of Europe. YK/AS
COVID-19 Sudah Menyebar Hingga Lokasi Ledakan Nuklir Chernobyl
(L-R) Director of Chernobyl Nuclear Power Plant Viktor Bryukhanov, Deputy Chief Engineer Anatoly Dyatlov and Chief Engineer Nikolay Fomin sit at the defendants' box during a court session at a local club after the explosion of the fourth reactor of the Chernobyl Nuclear Power Plant in this 1987 file photo. Ukraine, Belarus and Russia will mark the 25th anniversary of the nuclear reactor explosion in Chernobyl, the place where the world's worst civil nuclear accident took place, on April 26, 2011. REUTERS/Vladimir Repik (UKRAINE - Tags: DISASTER ENERGY)
An aerial view taken in 2003 shows the Rassoha dump in Chernobyl's exclusion zone, where radioctivity contaminated fire engines and vehicles that took part in "liquidating" -- constructing a concrete sarcophagus meant to contain the reactor for 20 to 30 years before a more permanent structure could be built -- the nuclear plant are stored. Ukraine marks 26 April 2006 the 20th anniversary of the Chernobyl nuclear power plant accident, which affected millions of people, gobbled up astronomic amount of international funds and remains a grim symbol of hazzards of atomic energy. AFP PHOTO Aleksandr ZUBKO (Photo credit should read Aleksandr ZUBKO/AFP via Getty Images)
Fukushima, verso via libera rimozione barre radioattive reattore 2
In this Feb. 12, 2020, photo, the Unit 1 and 2 reactor buildings, damaged by the 2011 earthquake and tsunami, are seen at the Fukushima Dai-ichi nuclear power plant in Okuma, Fukushima Prefecture, Japan. Nine years ago, on March 11, 2011, a magnitude 9.0 quake and tsunami destroyed key cooling functions at the plant, causing a meltdown that leaked a massive amount of radiation and forcing some 160,000 residents to evacuate. About 40,000 of them still haven't returned. (AP Photo/Jae C. Hong)
This image released by Tokyo Electric Power Co. (TEPCO), shows melted fuel taken by a telescopic robot inside of the primary containment vessel of Unit 2 reactor at the Fukushima Dai-ichi plant in Okuma, northeast Japan. Japan’s economy and industry ministry unveiled a draft revision Monday, Dec. 2, 2019, to its decades-long roadmap to clean up the radioactive mess at the Fukushima nuclear power plant, which was wrecked by a massive earthquake and tsunami in 2011. (Tokyo Electric Power Co. via AP)
FILE - In this Jan. 25, 2018, file photo, an installation of a dome-shaped rooftop cover housing key equipment is near completion at Unit 3 reactor of the Fukushima Dai-ich nuclear power plant ahead of a fuel removal from its storage pool in Okuma, Fukushima Prefecture, northeast Japan. Tokyo Electric Power Co. said Monday, April 18, 2019, workers started removing the first of 566 fuel units stored in the pool at Unit 3. The fuel units in the pool are not enclosed and their removal to safer ground is crucial to avoid disaster in case of another major quake. (AP Photo/Mari Yamaguchi, File)
Scientists in the UK Atomic Energy Authority's Windscale laboratories measure out a sample of milk to be tested for radioactivity. During the overheating of the number one pile at Windscale, fleets of vehicles were sent out to collect samples for examination.
Scientists, wearing protective clothing, examine the temperature recorders on top of the reactor in the number one pile at Windscale, after a recent mishap. These were the temperature recorders where the rise in temperature in the pile was first detected.
A security man with a geiger counter on Sellafield Beach, Cumbria, after a 500-yard stretch of shoreline near Sellafield nuclear complex was made out of bounds after a slick was found. The incident came three weeks after a Yorkshire TV programme, "Windscale - The Nuclear Laundry", made serious allegations about the plant's safety record.
A general view of Calder Hall, Cumberland, the world's first full-scale atomic power station, which the Queen opened by switching it into the national electric grid system. Using atomic energy, the station will supply 92 megawatts of electricity to power homes and factories in Britain. Calder Hall will also produce plutonium for use at the atomic plant at Windscale, five miles away.
The Three Mile Island nuclear power generating station, shown here Monday, March 28, 2011 in Middletown, Pa., continues to generate electric power with the Unit 1 reactor. TMI was the scene of the 1979 meltdown of the Unit 2 reactor, the worst nuclear power plant disaster in the United states. (AP Photo/Bradley C Bower)
Three Mile Island nuclear power plant, on texture, partial graphic
Swede Hultman, task leader for reactor disassembly employed by Bechtel Corporation describes procedures planned for the removal of the head of Three Mile Island Unit Two nuclear reactor which is planned for July 24th. Hultman was at a news conference at the General Public Utilities media center in Middletown, July 18, 1985. (AP Photo/Fred Prouser)
The last container of radioactive waste taken from the original accident water at Three Mile Island Unit 2 leaves the disabled nuclear power plant, destined for the U.S. Department of Energy laboratory at Richland, Wash., Aug. 30, 1983. The waste is from the Submerged Demineralizer System which processed highly radioactive water that has accumulated in the basement of the containment building at the time of the March, 1979 accident. Damaged fuel is still in No. 2 reactor. (AP Photo/Paul Vathis)
Up Next

The unnamed Rosatomenergo spokesman told TASS on Saturday that radiation levels at the Leningrad and Kola power stations and their surrounding areas "have remained unchanged in June, and no changes are also observed at present."

"Both stations are working in normal regime. There have been no complaints about the equipment's work," Tass quoted him as saying. "No incidents related to release of radionuclide outside containment structures have been reported."