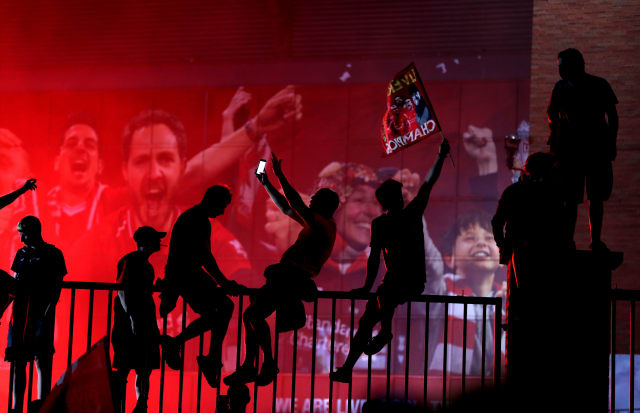 Police in London have spent a third night trying to break up illegal gatherings, as the capital’s most senior officer vowed to shut down events that flout health regulations.

Metropolitan Police Commissioner Dame Cressida Dick it had been a “very difficult few weeks” of lockdown easing in the city, with officers coming under attack as they tried to break up crowds.

Writing in the Sun newspaper, she said the force had a “duty” to stop unlawful music events during the Covid-19 pandemic and would be “on the lookout”.

“Big street parties are illegal and reckless. These events should not be happening,” she said.

Her comments came after officers were called to an unlicensed music event on Harrow Road, in west London, at about 3pm on Friday.

People there refused to leave when asked, though a Met spokesman said in an update given at about 6.30am on Saturday that there were no known arrests.

A section 60 order granting police additional stop and search powers had been granted overnight until 6am on Saturday.

Meanwhile, a twitter account for officers in Newham, east London, said they were called to Hoskins Close shortly before 5pm on Friday to a report of a large gathering of people who were setting up a sound system.

Officers dispersed the crowd and after remaining at the scene discovered and seized a firearm. A man was arrested for possession of a firearm, police said.

Elsewhere, reports indicated officers were also called on to try to disperse a  gathering on Riverton Close, in west London, on Friday night.

He said policing efforts were focused on “building relationships” with local communities, with the majority of interactions with police at events being “positive”.

“We’re not going to arrest our way out of the situations like this, but what I can be clear about is if these situations do descend into chaos and violence and disorder, which is completely unacceptable, we will take a much more thorough and a robust position,” he warned.

Dame Cressida has also warned that “consequences will follow” for those who attack officers and damage property.

In her Sun article she said: “The officers I met this week were poised to deal with whatever they faced. Hundreds ready in full kit, should there be a violent or aggressive crowd to deal with.

“My message to those involved in thuggery and criminal damage is consequences will follow.”

Her warning comes after officers sent to break up a street party in Notting Hill, west London, were pelted with objects on Thursday night.

Dozens of officers were also injured in violent scenes in Brixton, south London, on Wednesday evening.

Former Met Police commissioner Lord Blair said there needed to be a “public conversation” about the amount of violence being directed towards police in recent weeks, including at Black Lives Matter protests.

He told BBC Radio 4’s Today programme said: “It cannot be right that
this level of injury to officers is seen as acceptable.”

Meanwhile in Liverpool, police have been granted more power to disperse crowds after part of the Liver Building caught fire amid celebrations over the city’s Premier League triumph.

Merseyside Police issued a section 34 dispersal order for the city centre, allowing officers to break up groups of more than two people, until Sunday.

The force has urged fans to put “safety first” and save their celebrations for when they may be permitted in the future.