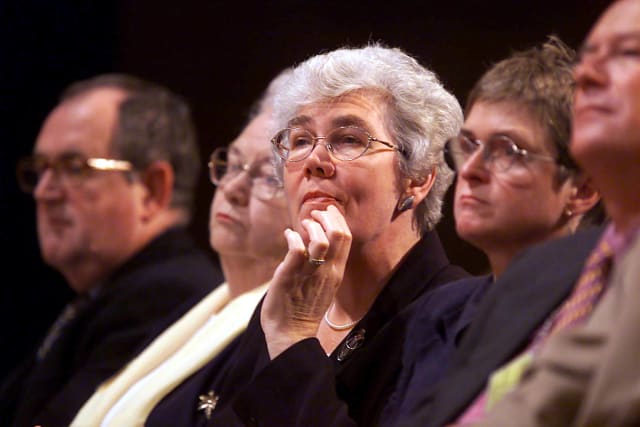 Liberal Democrat peer and former MP Baroness Diana Maddock has died at the age of 75, the party has confirmed.

She died at her home in Berwick-upon Tweed, Northumberland, following a short illness.

Appointed to the Lords following her election defeat in 1997, she most recently acted as deputy chief whip for the party’s group in the upper chamber.

She had been treated successfully for breast cancer twice, continuing her work in the House of Lords throughout, but she was informed in the spring that the cancer had returned.

Acting Lib Dem leader Sir Ed Davey said: “It is with great sadness that we have learned of the death of Diana Maddock.

“Diana helped shape the heart of the Liberal Democrat Party.

“Her warmth, expertise and leadership will be missed by all who knew her.

“Diana has been a great friend, support and inspiration to me over many years and I will miss her terribly.

“My thoughts and prayers are with her family at this time.”

A former teacher, Baroness Maddock was elected to Southampton City Council in 1984 and became leader of the Liberal group.

Following the death of the incumbent Conservative MP Robert Adley, she successfully contested the seat of Christchurch in Dorset at the by-election in 1993.

During her time in the House of Commons, she drove through a private member’s Bill which became the Home Energy Conservation Act 1995.

The law placed a duty on councils to submit a report to government on the measures required to improve home energy efficiency by 30% over a 10-15 year period.

In the Lords, the former Sweden resident was a member of the committee on standards in public life from 2003 to 2009 and also chaired the Lord speaker’s advisory panel on works of art.

She is survived by her two daughters from her first marriage, Anna and Becki, along with husband and fellow peer Lord Alan Beith, formerly the MP for Berwick-upon-Tweed for more than 40 years.