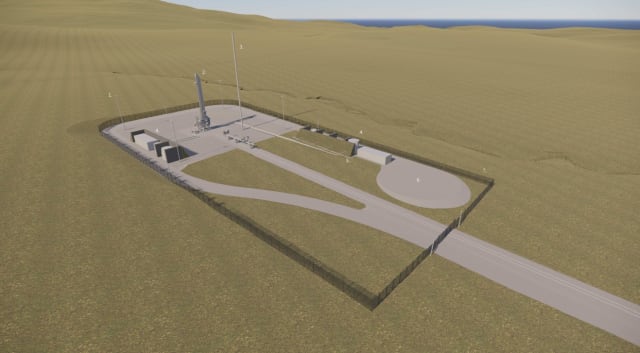 The UKs first spaceport is one step closer to being built, after plans were approved by Highland Council.

The spaceport would launch up to 12 times a year, sending small satellites into space, with launches taking place from as early as 2022.

Highland Councillors approved the decision, saying launches could bring a lot of tourism to Sutherland.

Highlands and Islands Enterprise (HIE) called the spaceport part of a “national jigsaw puzzle” to get the UK involved in space travel.

“A vertical launch spaceport is a key piece of the national jigsaw, along with the design and manufacture of satellites and launch vehicles, that will ensure Scotland can derive maximum economic benefits from this growing and exciting sector.

“We are very aware of the environmental challenges presented by a project of this kind, particularly in such wild and unspoilt area as A’ Mhoine.

“We have been diligent in carrying out survey work to understand and mitigate all potential impacts, including a restoration plan that will see all of the peat that is dug out during construction retained on site and used to repair areas that were degraded by past digging.”

However, 457 people objected to the application, raising concerns over carbon emissions and noise disturbance to wildlife.

Scottish Wild Land Group objected to the application, writing: “The development proposal has the potential to impact on valued and sensitive landscapes.

“The development is close to or overlapping sites which are designated nationally or internationally for important wildlife and habitats.”

However, a response from Sepa said that the planning application was in full accordance of regulations.

The noise from the rocket launch is expected to last for 70 seconds, as well as a 0.2 second sonic boom, which they have deemed acceptable.

The application grants no more than 12 launches each year, with the structure in place initially for five years.

Chair of the committee, Cllr Maxine Smith, moved that the application be approved, saying: “I think tourism and jobs creation are really important, especially post Covid-19, and I think it would be remiss of us not to grant this application with what it’s future might hold.

“I definitely think its an exciting adventure in terms of technology and also in terms of what it could bring in terms of economic benefits to the Highlands. On balance, I’m happy to propose we go with the recommendation to grant.

The committee’s decision will now be referred to Scottish Government ministers for review.