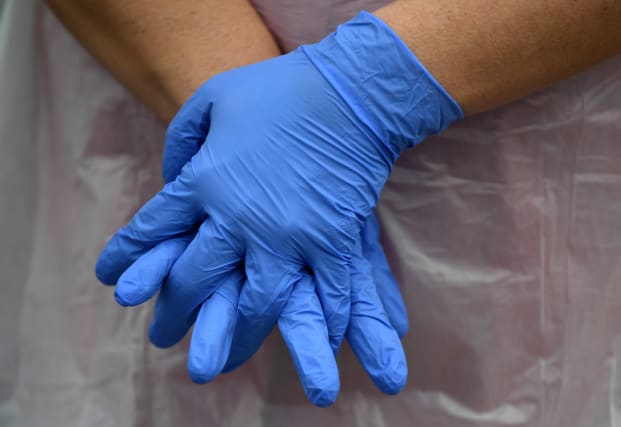 Men working in social care have more than double the risk of death from Covid-19 as those in the general population, while women have twice the risk, new figures show.

Data released by the Office for National Statistics (ONS) shows that people working in social care, the NHS and in occupations such as cleaning, construction work and security, are more likely to die with coronavirus.

Some 4,761 deaths involving Covid-19 were registered among people of working age (20 to 64) in England and Wales between March 9 and May 25, the ONS said, with nearly two-thirds of these deaths men.

The data found that men working in elementary occupations (such as construction workers, security guards and cleaners) had some of the highest rates of death involving Covid-19, with 39.7 deaths per 100,000 men.

Among health workers, only men had higher rates of death involving Covid-19 (30.4 deaths per 100,000 men) when compared with the general population.

Among women, those at higher risk of death included sales and retail assistants (15.7 deaths per 100,000 women), national government administrators, and process, plant and machine operatives.

Among men, some of the more risky professions were taxi drivers and chauffeurs, bus and coach drivers, chefs and sales and retail assistants.

Of the 17 occupations found to have higher rates of death involving Covid-19, 11 had higher proportions of workers from black, Asian and minority ethnic (BAME) backgrounds, the ONS said.

Ben Humberstone, head of health analysis and life events for the ONS, said: “There are lots of complex things playing out during the pandemic and the risk of death involving Covid-19 is influenced by a range of factors including the job someone does, but also age, ethnicity and underlying health conditions.

“We also know that people living in the most deprived local areas, and those living in urban areas such as London, have been found to have the highest rates of death involving Covid-19.

“Today’s analysis shows that jobs involving close proximity with others, and those where there is regular exposure to disease, have some of the highest rates of death from Covid-19.

“However, our findings do not prove conclusively that the observed rates of death involving Covid-19 are necessarily caused by differences in occupational exposure.”

Suzie Bailey, director of leadership and organisational development at The King’s Fund, said: “It is a tragedy that such a disproportionately high number of social care staff have died from Covid-19.

“Hard-working care staff have been on the front line in this crisis, but have been let down by Government promises of support that have not been delivered.

“It is increasingly clear that social care has been neglected during the pandemic, with disastrous consequences.

“Lessons must be learnt. The virus still poses a very real threat and care workers need to be prioritised and protected.

“Social care must never again be treated as an afterthought to the NHS, but as an equal partner in an interdependent system.”

TUC general secretary Frances O’Grady said: “People working in low-paid jobs and insecure jobs like social care have too often been asked to take on the most risk from coronavirus.

“This crisis has exposed the devastating impacts of insecure work, particularly on BME people.

“It’s not enough to clap those who got us through this crisis. We need to give them better pay and conditions too.

“And we need to tackle the structural racism and discrimination in our economy that continues to put so many in danger.”