Schools and council in ‘stand-off’ over reopening plans 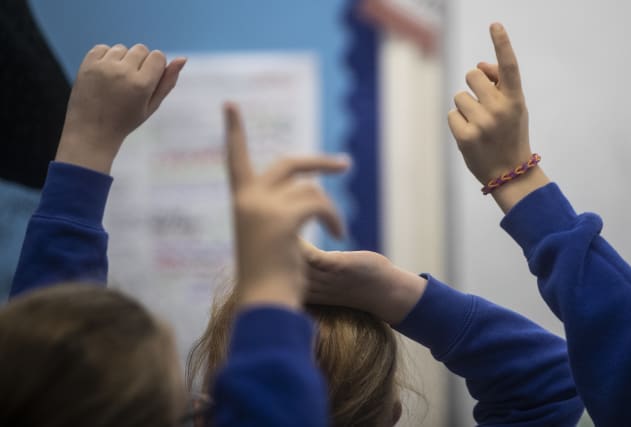 Two primary schools are in a “stand-off” with a county council after their plans to get children back to school were rejected.

Angry parents have started a petition and planned to gather outside school gates on Friday in protest.

Kingslea and Heron Way primary schools in Horsham, West Sussex, said there had been “unwavering support from the whole school community” for their plans to bring back Years 2 to 5 this coming Monday.

However at the last minute the plans had to be postponed, after West Sussex County Council raised an objection.

The schools would be open to possible litigation issues if they pushed ahead.

Mother-of-three Mary Bennison, whose daughter Kitty, 10, had been excited to go back to school, says it is crucial that all pupils get some time back in school before the summer holidays.

Speaking to the PA news agency, Ms Bennison, 41, said: “It’s about the social and mental wellbeing of our children.

“This was about them having some resolve for the end of the year.

“Our children have their own lives at school and they have had that completely taken away from them.

“I know the school have worked really hard to facilitate a system so they could get the year groups all back, obviously only for a limited time.”

The core issue, Ms Bennison told PA, seems to be that the schools and West Sussex County Council have different interpretations of Government guidance.

She added: “I would like to think that we resolve what has now become this stand-off in terms of the Department for Education telling us one thing and the council having a different interpretation.”

A council spokesman said: “We have been supporting all West Sussex schools to follow Government guidance and prioritise provision for children in Reception, Year 1 and Year 6, as well as continue to give places to children who are vulnerable, disadvantaged and those of key workers.

“The latest national guidance is clear that this should be on a full-time basis for these core groups, and that only if schools then have additional capacity they can accommodate pupils from other year groups, if their own risk assessment shows this can be safely managed.

“We have made this clear to all schools, including Kingslea and Heron Way, who decided to go against this advice in inviting all pupils to return on a part-time basis without consulting with us, something neither the Department for Education or the council is able to support.

“Everyone involved in education in West Sussex shares the same aim, to get children back to school as soon as the national health advice shows it can be done safely.”

In a letter to parents on Thursday seen by PA, Kingslea head teacher Alexis Conway and chairman of the governors James King informed them that the wider school reopening had been postponed.

However, they criticised the council’s stance, pointing to the part of the Government guidance which states: “Schools are not required to use this guide, and may choose to follow alternative approaches to preparing for wider opening, or to use some sections of this guidance alongside other approaches.”

In a joint statement, the head teachers of the two primary schools said: “Wellbeing is the school’s top priority and there has been unwavering support from the whole school community for the plans that both schools had in place to open the school to Year 2 to year 5 from Monday June 29.”