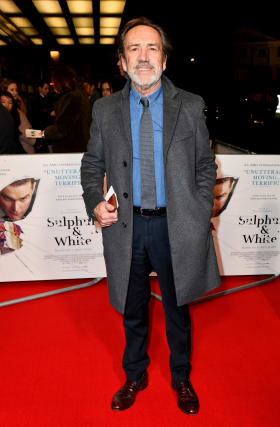 The theatre industry is in a “terrible crisis”, actor Robert Lindsay has warned ahead of a performance to raise money for struggling members of the performing arts and their dependants.

The My Family star will perform segments of Samuel Beckett’s play Waiting For Godot opposite Sir Michael Palin over Zoom to raise funds for the Royal Theatrical Fund to help performers in need due to the pandemic.

He told the PA news agency: “I’ve been president of the fund for four or five years, I got very involved in helping young actors, ageing actors, infirm actors, people in the industry who have fallen on hard times, sometimes very famous people.

“There is some premise that actors are all fine, they all do well and earn lots of money and win lots of awards but that doesn’t apply to everybody.”

He added: “The industry in this moment is a terrible crisis, we all knew when we came into this business that it was a vulnerable one anyway, it’s never been a secure profession ever, and I always admire people who take the plunge.”

Lindsay and Sir Michael will be joined by Joanna Lumley, who will serve as narrator, for the show on Sunday, and Lindsay said he is hoping the technology holds up.

He said: “Our computers are being controlled remotely and we’ve done a pre-record just in case we lose anyone so they could zip in a recording quickly just to keep the flow as it were, but I think technically Michael and I are very strong now, we have now been hard-wired and that makes it stronger.

“It doesn’t make the performances any stronger but Michael and I wanted to do this play about eight years ago and we were planning on, before all this terrible crisis, having a little rehearsal together, a little read-through and then approach producers and say we would like to do it in the West End.

“It is a play that is so suited to us and our kind of comedic sense and also its great relevance to now.

“There is a wonderful sequence where they can’t remember what day it is, which is a problem I have. Everything just merges into one moment and you think ‘hang on where are we’?”

Culture secretary Oliver Dowden has set out a five-stage plan for the reopening of theatres – where live performances are currently banned.

It then allows for performances to take place inside with a limited, socially distanced audience, before performances are permitted both indoors and outdoors, with more people allowed in the audience.

But theatre bosses across the country warn they face “devastation” amid the pandemic and the plan has no mention of the financial assistance that many say is needed.

On Thursday, the Theatre Royal in Newcastle announced plans to make half of its staff redundant due to the impact of the lockdown.

Earlier this week, the Theatre Royal Plymouth announced it has started redundancy consultations following a plunge in revenues.

Mr Dowden said: “I desperately want to raise the curtain on live performances in theatres and music venues as soon as we can – they are the soul of our nation and a linchpin of our world-beating creative industries.

“We know the challenges – theatres must be full to make money, and performers need to be safe on stage as they sing, dance and play instruments – but I am determined to ensure the performing arts do not stay closed longer than is absolutely necessary to protect public health.”

A Bit Of Waiting For Godot is at 7pm on June 28 and tickets are available at rtflockdown.com