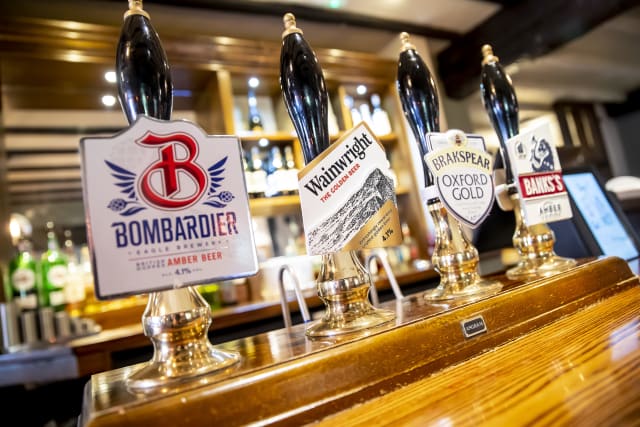 Pub group Marston’s has said its short-term financial outlook remains “uncertain” despite plans to reopen the vast majority of its pubs next month.

The Wolverhampton-based business, which runs 1,400 pubs, said it hopes to reopen between 85% and 90% of its English pub estate from July 4.

It came as the pub group said it took a £40 million hit to revenues for the half-year to March 28 after shutting its pubs following the Government-mandated lockdown.

Nevertheless, chief executive Ralph Findlay told the PA news agency he is pleased with the firm’s financial liquidity ahead of a pivotal period for the business.

“The actions we’ve taken over the past couple of months have made sure we have the necessary liquidity for the foreseeable future,” he said.

“Most of our pubs are a good size and have plenty of outdoor space, so we think we are really well positioned in the market.”

Earlier this week, Prime Minister Boris Johnson confirmed that pubs will be able to reopen from July 4 and issued health and safety guidance for pubs and restaurants.

Mr Findlay said the majority of guidance was “workable”, but stressed that current proposals to record the details of all customers are “unsatisfactory”.

He said: “The plans to track and take details are an unsatisfactory recommendation.

“I think it is difficult when the details remain so unclear, so we are just going to see how things pan out unless we gain more clarification.”

The update comes weeks after the pub owner agreed a £780 million deal to merge its brewing arm with Carlsberg UK.

On Thursday, Marston’s shareholders voted in favour of the move, which remains conditional on being cleared by the UK competition authorities.