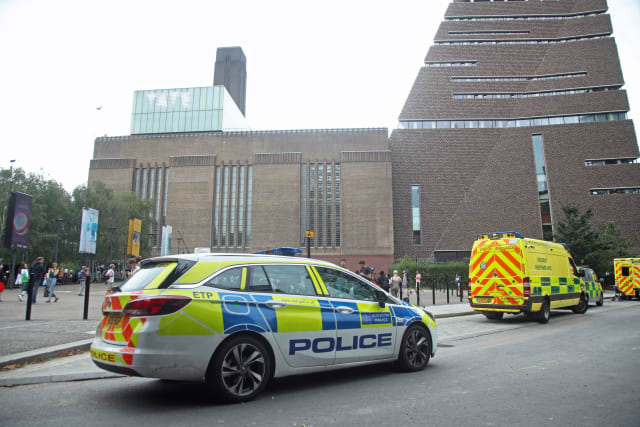 Here is a timeline in the case of Jonty Bravery, who was sentenced at the Old Bailey for the attempted murder of a six-year-old boy at Tate Modern.

– October 2017: Sixteen-year-old Jonty Bravery, diagnosed with autism at the age of five, is placed in the care of specialist staff after an assault on a female worker.

– April 2019: Bravery, now 17, is arrested after punching a care worker on a trip to Burger King in Brighton. A member of restaurant staff is also hit by Bravery during the supervised day out. He later assaults a custody officer and urinates in the police waiting room.

– May 2019: The teenager conducts a series of searches on his iPad. These include news articles with the headlines “CCTV footage shows tube push murder attempt” and “March attack at station”, and another web page entitled “How to get away with rape”.

– August 3 2019: Bravery conducts a number of searches online. These include asking if he can go to prison for attempted murder if he has autism, “guaranteed” ways to go to jail, and “Which event is more likely to cause death – pushing a girl into the River Thames or shooting a girl in the stomach?”

His search of news articles includes those with the headlines “Boy dies after River Thames bridge jump in Oxford”, and “What is sulphuric acid used for and why do I need a licence to buy it?”

12.16pm: Bravery, living in supported accommodation in Ealing, west London, leaves his home to buy an Oyster card at a shop on Church Road, Northolt.

12.23pm: He arrives at Northolt Underground station and takes the Tube to London Bridge Station.

1.10pm: Bravery arrives at London Bridge Station, on the Southbank, and makes his way to the Shard.

Once there, he asks a member of staff how much it costs to enter but does not have enough money. CCTV footage then shows him walking away before turning back to ask for directions elsewhere.

2.16pm: Bravery arrives at Tate Modern on foot, speaks to a member of staff, is seen pointing upwards, and takes the lift to the tenth floor viewing balcony in the visitor attraction’s Blavatnik Building.

2.30pm: CCTV shows Bravery looking over the railings close to where a six-year-old French boy – who cannot be named because of his age – is later hurled. Witnesses describe Bravery looking “relaxed” and smiling at their children. They move away.

2.32pm: The victim and his parents arrive on the viewing tower where Bravery has been waiting. The boy skips ahead of his parents briefly, allowing Bravery to scoop him up and throw him over the edge.

Bravery then moves away and can be seen smiling, with his arms raised. The victim’s parents panic – the father challenges Bravery while the mother attempts to climb over the barriers to her son, 100ft (30m) below, before being stopped by witnesses.

Members of the public detain Bravery, remarking he seems “calm” and “lacking emotion”. He later is heard saying: “It’s not my fault, it’s social services’ fault.”

– August 6 2019: The Metropolitan Police charge Bravery with attempted murder. He appears in court later that day and is remanded into custody.

– August 8 2019: Bravery – who at this stage cannot be named because of a reporting restriction due to his age – appears at the Old Bailey for an administrative hearing.

– October 2 2019: Bravery turns 18, meaning the reporting restriction no longer applies and he can be identified.

– June 25 2020: A two-day sentencing hearing begins at the Old Bailey. Bravery appears via video link from Broadmoor Hospital, where he can be seen moving between his chair and a crouched position on the floor.