Irish Government to be formed after Greens vote yes to coalition 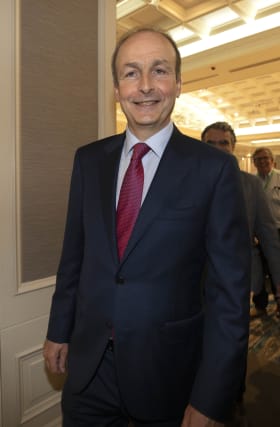 Ireland’s next government will be formed on Saturday after the Green Party voted resoundingly to enter coalition with two larger rivals.

Members of the environmentalist party decided by a 76% majority to form an administration with Fine Gael and Fianna Fail, a party statement on Friday evening said.

It signed up to a programme which promises radical action on climate change but will also have to shoulder the burden of leading the country’s economic recovery from Covid-19.

Deputy leader Catherine Martin said: “Now we will move forward together, respecting the democratic wishes of the majority of our party at all times, listening to each other … working in unity to protect our country and our planet.”

Fianna Fail leader Micheal Martin will take over the role of Irish premier in an historic reconciliation of a political feud with Fine Gael dating back to the foundation of the state a century ago.

The two larger parties needed the support of the Greens to have a working majority in the Irish parliament, equating to around 80 seats.

February’s election was inconclusive and efforts to strike an agreement were hampered as the country’s caretaker Government coped with the pandemic.