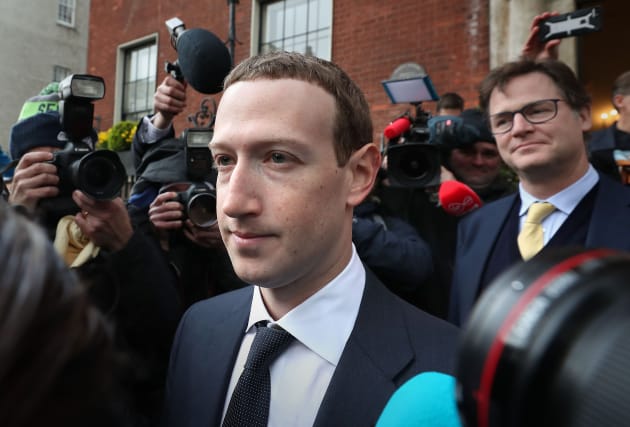 Facebook is banning adverts containing claims people of a specific race, religion or sexual orientation are a threat to others as part of measures to tackle hate speech, its founder has said.

Mark Zuckerberg said on Friday that the company wanted to do more to prohibit “divisive and inflammatory language that has been used to sow discord”.

The Facebook CEO said the company will also be expanding its policies to better protect immigrants, migrants, refugees and asylum seekers from adverts suggesting they are inferior or which express contempt at them.

He added: “We already restrict certain types of content in ads that we allow in regular posts, but we want to do more to prohibit the kind of divisive and inflammatory language that has been used to sow discord.

“So today we’re prohibiting a wider category of hateful content in ads.

“Specifically, we’re expanding our ads policy to prohibit claims that people from a specific race, ethnicity, national origin, religious affiliation, caste, sexual orientation, gender identity or immigration status are a threat to the physical safety, health or survival of others.

“We’re also expanding our policies to better protect immigrants, migrants, refugees and asylum seekers from ads suggesting these groups are inferior or expressing contempt, dismissal or disgust directed at them.”

Mr Zuckerberg was speaking at an online company town hall where he announced a range of measures to tackle hate speech and voter suppression ahead of the US elections later this year.

Posts that discuss voting will also have a link to the information centre attached as part of measures to prevent voter suppression, he added.

“For example, if someone says on election day that a city has been identified as a Covid hotspot, is that voter suppression or simply sharing health information?

“Because of the difficulty of judging this at scale, we are adopting a policy of attaching a link to our Voting Information Centre for posts that discuss voting, including from politicians.

“This isn’t a judgment of whether the posts themselves are accurate, but we want people to have access to authoritative information either way.”

Other measures include quickly removing any false claims about polling conditions in the three days leading up to election day and removing any threats to intimidate voters, Mr Zuckerberg said.

He also said that Facebook will label “newsworthy” posts from politicians that violate its rules.

Mr Zuckerberg said: “A handful of times a year, we leave up content that would otherwise violate our policies if the public interest value outweighs the risk of harm.

“We will soon start labelling some of the content we leave up because it is deemed newsworthy, so people can know when this is the case.

“We’ll allow people to share this content to condemn it, just like we do with other problematic content, because this is an important part of how we discuss what’s acceptable in our society – but we’ll add a prompt to tell people that the content they’re sharing may violate our policies.”

But Mr Zuckerberg said there will be no exemptions for politicians or government officials if they post content which the company determines could lead to violence or deprive people of voting.

He added: “To clarify one point: there is no newsworthiness exemption to content that incites violence or suppresses voting.

“Even if a politician or government official says it, if we determine that content may lead to violence or deprive people of their right to vote, we will take that content down.

“Similarly, there are no exceptions for politicians in any of the policies I’m announcing here today.”