Duke of Sussex launches Walking With The Wounded trek across Oman 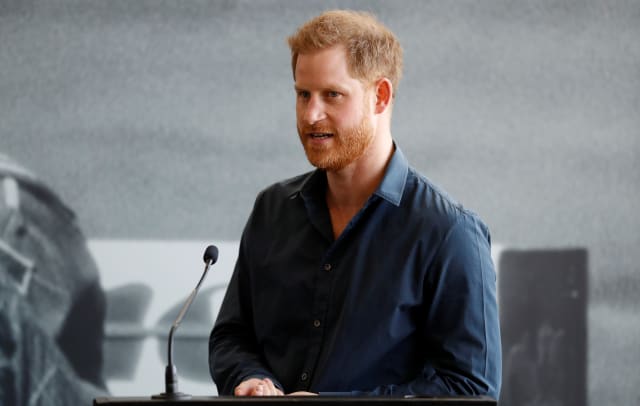 The Duke of Sussex has launched a 248-mile (400km) walk across Oman, which aims to show the courage and determination of veterans who are overcoming injury.

Harry said he is proud to support military charity Walking With The Wounded’s expedition, which pays homage to the travels of intrepid writer Wilfred Thesiger across the Arabian Peninsula in the 1940s.

Starting on November 20 and ending on December 11, the walk will also take the team across part of the Empty Quarter, one of the toughest regions on Earth.

Speaking about the initiative, Harry, expedition patron, said: “At the end of this year, a year that has seen unprecedented global challenges, a group of veterans will be tackling a challenge unlike anything they’ve faced before.

“Facing searing temperatures and pulling a cart that weighs more than three times their own body weight, these veterans will need to summon incredible physical and mental strength.”

“I am proud once again to support them and support the veterans whose courage, determination and resilience is a credit to all of us who have served.

“To the men and women selected for this team, good luck. I know people all over the world will be cheering you on.”

The Walk of Oman is in partnership with the Omani armed forces, with support from the royal office of Sultan Haitham bin Tariq.

The team of ex-service personnel, all of whom have physical or cognitive injuries, will endure hunger, thirst and extreme temperatures to highlight the courage and determination of the men and women who have been wounded while serving their countries, and to draw attention to the support needed in their transition to civilian life.

The expedition teams will be followed by a support team, which will be on hand in case of emergencies.

Trekking about 12 to 13 miles (20km to 22km) per day, the group will endure temperatures as high as 35C as they pull their custom-built cart, weighing in excess of 660lbs (300kg), across the Omani desert.

Details of the selection process and expedition team will be announced in the next couple of months.