Duchess of Cornwall ‘delighted’ to take on role with soldiers’ charity 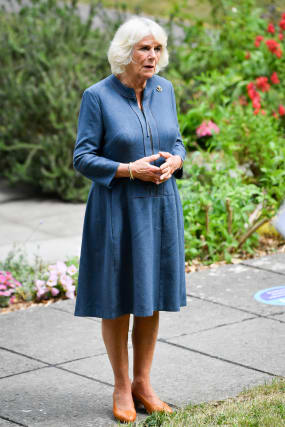 The Duchess of Cornwall has said she is “delighted” to have been appointed the vice patron of ABF The Soldiers’ Charity, which provides a lifetime of support to soldiers and their families.

It coincides with Armed Forces Day on Saturday, which celebrates the work of all military personnel, and the 75th anniversary of VE Day.

The Queen has been the patron of ABF The Soldiers’ Charity since 1953 and will remain in this position.

On her appointment, Camilla said: “We owe a huge debt of gratitude to all those in the Armed Forces, who steadfastly serve our country.

“I am therefore delighted to become vice patron of ABF The Soldiers’ Charity, an organisation of which Her Majesty is patron, which does such wonderful work to support soldiers, veterans and their immediate families.”

Major General (Ret’d) Martin Rutledge, chief executive of the charity, said he feels “honoured” Camilla has chosen to support them.

He said: “The Army Benevolent Fund, as we were known originally, was formed in 1944 to support those returning from combat in the Second World War.

“Our name may have changed, but our purpose has not: we exist to ensure that soldiers, veterans and their families can live a life of independence and dignity.”

In the past year, the charity has helped 70,000 members of the Army family in 68 countries across the globe and funded 92 other charities and organisations to deliver specialist services.