Clean-up under way after trouble on North East beaches 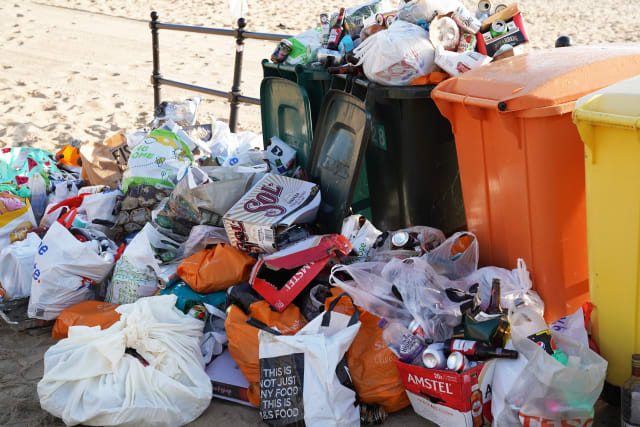 A clean-up operation is under way on North East beaches after drunk revellers fought on the sand and dumped bottles and cans.

Police made a number of arrests following trouble at the seaside on Thursday as record numbers visited the beaches in the North Tyneside area.

A video shared on social media showed men fighting on the sand, close to where family groups sat enjoying the afternoon sunshine.

Another video taken later in the day showed men in handcuffs being taken away by officers, with a number of police vehicles parked up at the scene.

On Friday morning a clean-up was under way after piles of rubbish were dumped and debris from fires was left for other people to remove.

“As a council that prides itself on keeping standards high at the coast, we always bring in extra resources during peak season and our staff work incredibly hard to keep our coastline clean and tidy.”

He said staff had been kept on later into the evening to deal with the mess.

Mr Johnson added: “We’ve never seen the coast as busy as it has been over the last few days.

“I would urge people to continue social distancing and help us to keep our beautiful beaches clean by using the many bins provided.

“If a bin is full because we haven’t reached it yet, please take your rubbish away with you.”