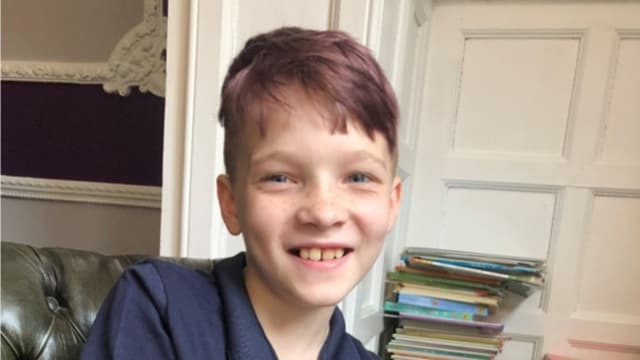 A nine-year-old boy has been praised for his bravery by police, after a motorbike rider who caused him to lose his leg was jailed.

Gymnast and dancer Max Clark had been out with family and friends on playing fields in Hull when he was hit by a motorcycle on a footpath, Humberside Police said.

The force confirmed that Jerome Cawkwell, 24, of Cambridge Grove, Hull,  was jailed for three years at Hull Crown Court on Friday.

A spokesman said that Cawkwell was going at full speed when he hit Max, who was on Rosmead playing fields, off Southcoates Lane, where he had gone to take pictures for a dance class assignment.

He said Cawkwell was topless, was not wearing a helmet and had never held a licence or passed a test.

The rider did not stop after the crash but was arrested later that day, on May 25.

Cawkwell later admitted causing serious injury by dangerous driving, failing to stop at the scene of an accident, using a vehicle without insurance and using a vehicle not in efficient working order.

Chief Inspector Paul Butler said: “Firstly I want to praise Max and his family for their bravery and positivity.

“The injuries Max suffered, on what should have been a happy, carefree, family day out to meet friends, will affect him for the rest of his life.

“However, every officer who has spent time with him has remarked on what a happy, positive young man he is.

“He’s an inspiration and I know he has touched the hearts of all those who have worked on this case.”

Mr Butler said: “I hope that today’s sentence will not only go some way to helping Max and his family to continue to rebuild their lives, but also serve as warning to those who ride motorbikes in a dangerous or anti-social way of the potential consequences of their actions.”