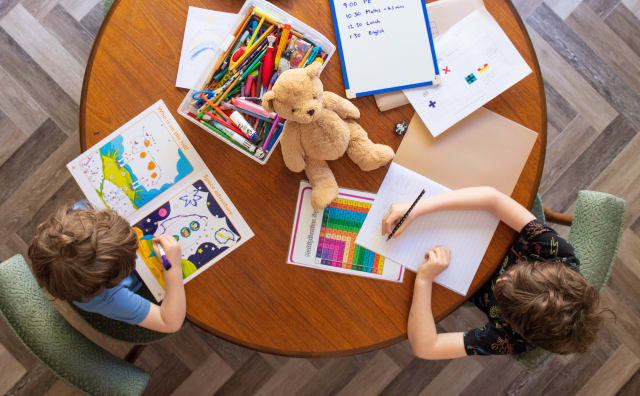 Two in five families with children still living at home have spent more money on their offspring during the coronavirus lockdown than they would normally, a survey has found.

Some 40% of households fell into this bracket, with parents typically spending £52.05 more every week per family, according to comparethemarket.com’s household financial confidence tracker.

Adding this weekly total up over the past three months, families who are spending more may have paid out around £625 extra on average.

Families with older teenagers at home had been spending particularly large amounts more. Parents with 16 to 18-year-olds who had seen their spending increase were paying out £57.08 more per week typically.

Parents of children aged five and under who said their spending had increased were typically paying £55.31 per week more.

Parents with adult children living at home were more likely to be paying lower than average amounts more each week, at £42.11 typically among parents of over-18s who said they were paying more.

The findings come as families approach the summer holiday period, which is traditionally an expensive time as parents take their children on more days out.

Some 40% of families with children at home also said they expected either to be made redundant or that they would have to take a pay cut or reduce their hours as a result of the coronavirus pandemic. This compares with 26% of households without children at home.

Mark Gordon, director of money at comparethemarket.com, said: “Families with children at home have been one of the groups hit hardest financially by the lockdown.

“Many are caught between diminished income on one hand – having reduced hours voluntarily to care for their children or having seen their employment circumstances change for the worse – and higher costs on the other.”

More than 2,100 people were surveyed across the UK between June 19 and 21 to make the findings.

Here are the average amounts spent extra on looking after children among parents who say they are spending more each week, according to comparethemarket.com: