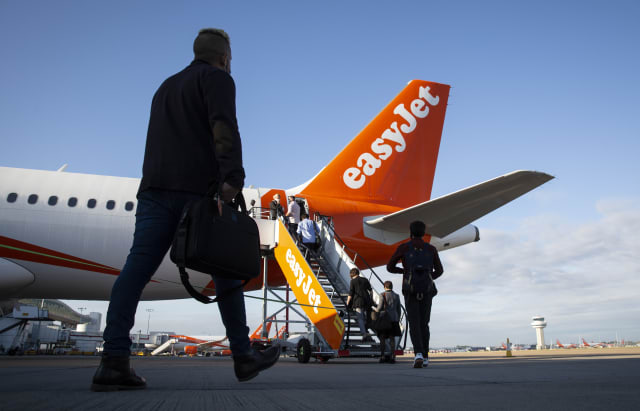 The Government must release its plans for air bridges as soon as possible, travel companies have urged, warning that “sending people on holiday is not like turning on a tap”.

In a bid to get the air travel industry kick-started ahead of the summer holidays, the Government is expected announce next week the so-called air bridges, which will allow Britons to go on holiday to certain destinations without needing to quarantine for 14 days on their return to the UK.

The first of these air bridges will allow holidaymakers to travel to “low-risk” European destinations, including France, Italy, Spain, Greece and Germany, from July 4, according to newspaper reports.

The Government will finalise agreements in the coming days although Transport Secretary Grant Shapps has said no announcement will be made until Monday when the quarantine measures will be officially reviewed.

He said air bridges would only be agreed with countries which have a coronavirus test and trace system of the same standard as that used in Britain.

The aviation industry has been fiercely critical of the quarantine measures introduced on June 8 and has welcomed the air bridge plans.

But the travel industry body Abta urged the Government to set out its plans with “as soon as possible” to allow businesses and customers to plan ahead.

An Abta spokesman said: “The process of sending people on holiday is not like turning on a tap. As much advance notice as possible from the Government is required for travel companies to restart operations.”

Greek tourism minister Haris Theoharis said the country wanted British tourists to return when it opens to other European holidaymakers on July 1.

“The final decision, from the UK and our point of view, will be in place in the next few days and I’m hoping the announcement will be positive from both sides,” said Mr Theoharis, who indicated conversations with the UK Government over air bridges were going well.

He told BBC Radio 4’s Today programme there was no need for those returning to the UK from Greece to be quarantined.

“The point is that Greece is a safe country – we have proven that during this crisis and we will continue proving this in the exit stages of the health situation,” he added.

The International Consolidated Airlines Group (IAG), which slammed the quarantine measures as “illogical”, said: “Measures should be selective and stop travel from (Covid-19) hot spots but not from countries with lower rates than ours.

“This government must remove the quarantine now – the impact on the aviation industry and jobs is devastating.”

According to reports, air bridges will be announced in batches, with the second set of destinations including other European countries such as Denmark, Norway, Finland and Holland and ‘low-risk’ Caribbean islands.

A third set of air bridges for long-haul flights to destinations such as Vietnam, Singapore, Hong Kong is not expected before late summer, the Daily Telegraph reported.

Meanwhile EasyJet has announced hundreds more international flights from 14 airports across the UK from July 1 to countries including France, Spain and Italy.