Tony Blair: UK was too slow to lock down in face of coronavirus 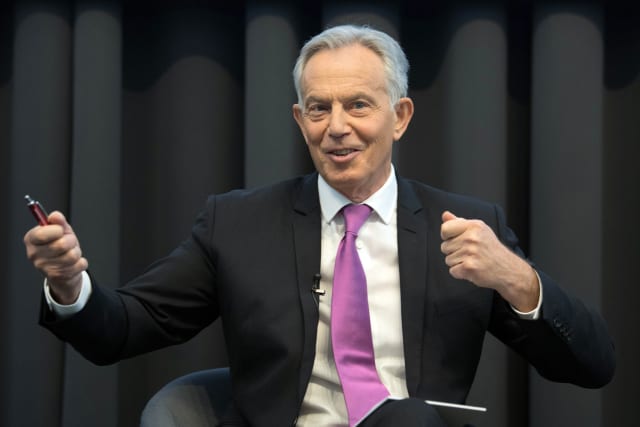 The UK has been “badly hit” by coronavirus and even Government insiders acknowledge it had been too slow to lock down, Tony Blair said.

The former prime minister said he sympathised with the challenge facing Boris Johnson as he decided how to respond at a time when there was a lot of uncertainty about the virus.

But he said he would be less sympathetic if mistakes were made in the way the lockdown was eased.

He also warned there will be “all hell to pay” if rich countries get a coronavirus vaccine and do not give poorer nations proper access to it.

Discussing the pandemic response at an event hosted by Reuters, he said: “The people who got the balance right are the people that recognise you have to lock down fast.

“And the people who will get the easing of the lockdown right are the people who realise you have to do it, who recognise you are going to be living with this disease for some time, and therefore need the right infrastructure of containment in order to make sure that you can ease responsibly.”

There was a dilemma facing policymakers around the world because Covid-19 was “serious enough that you know you don’t want it” but “on the other hand, it’s not the bubonic plague,” he said.

“You can’t shut the entire world down and have enormous damage done to your economy for a long period of time.

“So in the end, it’s not about lives versus livelihoods, it’s calculating the risk because if you carry on with this lockdown and don’t get things moving again economically, the collateral damage in terms of the economy, health, every other part of society is going to be enormous.

“I’m in favour of those governments that just are effective and competent, all the way through: shut down fast, get mass testing in place, get the lockdown eased as quickly as you can but with the containment infrastructure in place.”

Mr Blair added that “even those UK Government members you talk to privately would admit that the lockdown response was too slow”.

He added: “I think we didn’t lock down fast enough but I think the thing that we are missing now, which is my constant plea, is to do testing on a mass scale and build the rest of the containment strategy that means you can, for example, open up schools, get business back to work with some reasonable hope that where you get outbreaks – and you will get outbreaks – you have got the things in place that allow you to squash them fast.”

Asked whether he would have quit if he presided over the Government’s response, Mr Blair said: “I don’t think you can really talk in those terms.

“Would I have been disappointed and anxious about the situation? Yes, of course.

“There will be a time after this to go back over and see what might have been done differently or better. The likelihood is that a globally-open country like Britain was always going to be hit hard with this.

“I’m actually more sympathetic to the problems going into the lockdown because I think there was a lot of, you know, uncertainty at that point about the disease and what it was like and what was necessary.

“So I’m much more understanding of that. I think what won’t be acceptable now is not to get the easing right.”

Mr Blair said it was “absolutely extraordinary” that there had not been the required level of international co-ordination needed to deal with the pandemic.

“We are getting there on vaccines but pretty slowly and with difficulty and we still don’t have a proper and fair distribution mechanism because there will be all hell to pay if the rich world gets the vaccines and it isn’t properly distributed to the developing world,” he said.

In an apparent criticism of the World Health Organisation, Mr Blair said in future some “institutional capacity at a global level” will be needed to predict pandemics and deal with them.

Graham Thorpe: No room for racism in our sport

One person dead after crane collapses in east London