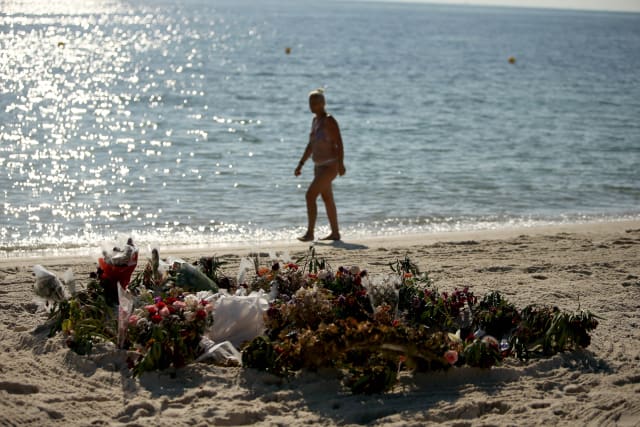 At Sousse, 30 British tourists staying at the Hotel Riu Imperial Marhaba complex in Port el Kantaoui were among 38 killed, with dozens more injured.

The beach resort was targeted months after Sally Adey, a 57-year-old solicitor from Caynton near Shifnal, Shropshire, was killed in an attack on the Bardo Museum in Tunis, which left 22 dead.

The Sousse attack was the deadliest on British citizens since the July 7 London bombings in 2005.

So-called Islamic State (IS) claimed at the time that it was behind the atrocity, carried out by Tunisian engineering student Seifeddine Rezgui.

Rezgui, who used an AK47 assault rifle he had hidden in a beach umbrella, was eventually cornered by police and shot dead.

Seven co-conspirators were convicted for their roles in 2019.

Prince Harry unveiled a memorial to the British victims in Birmingham last year.

Lawyers Irwin Mitchell, representing 22 of the victims and dozens of those wounded, are continuing to pursue legal action against tour operator TUI, alleging it failed to properly ensure customers’ safety.

Survivors who lost loved ones have also continued working with charities and the Government to boost safety measures.

Among them is Cheryl Stollery, whose husband John Stollery, 58, from Nottinghamshire, was killed in the attack while the couple were holidaying with their son Matt.

Mrs Stollery, of Walesby, near Newark-on-Trent, said: “I remain as committed as ever to bring about effective change to help all victims and survivors of terrorism but in particular overseas victims.

“These families can often be forgotten as time progresses.

“However, our need for support is quite often more complicated by the nature of the terrorist incident taking place overseas where different laws, languages and customs are in place.”

Her efforts have seen her work with the Foreign and Commonwealth Office (FCO), charities and other campaign and survivors’ groups.

She added: “While time passes our family’s grief for John doesn’t.

“He was a wonderful husband and father who always wanted the best, not only for our family but others in society through his job as a social worker.

“We are determined to honour his legacy by campaigning for change to create a more tolerant and cohesive society.

“We never want other families to go through what we have but it’s important there is better awareness and understanding of the support available to families who may need it if the worst did happen.

“It’s vital to ensure all agencies and organisations work together to help make a positive change.”

Kylie Hutchison, an Irwin Mitchell lawyer representing some of the victims, said: “The hurt and pain families continue to face is as strong now as it was five years ago.”

She added: “We are continuing to support families and are pursuing legal proceedings against TUI, the tour operator that organised our clients’ holidays.

“Our clients may mark the fifth anniversary in their own way, but they are united in their determination for lessons to be learned to improve safety standards for tourists.”

Among those also killed were three members of the same family; Charles ‘Patrick’ Evans, 78; his son Adrian Evans, 49, and grandson Joel Richards, 19.

Joel’s brother Owen Richards, now 21 but then 16, survived the attack and was later praised for his bravery at the scene by a coroner at inquests into the deaths.

After the attacks, he and his mother Suzanne Richards, of Wednesbury, West Midlands, set up the Smile for Joel charity, providing support for other victims of terrorism.

The attacks led to an almost three-year halt in UK-based tourist flights to Tunisia.

Current FCO advice for Tunisia reflects the blanket advice amid the continuing Covid-19 pandemic which cautions against “all non-essential international travel”.

On the FCO website, it reads: “The Tunisian government has improved protective security in major cities and tourist resorts.

“But terrorists are still very likely to try to carry out attacks in Tunisia, including against UK and Western interests.”